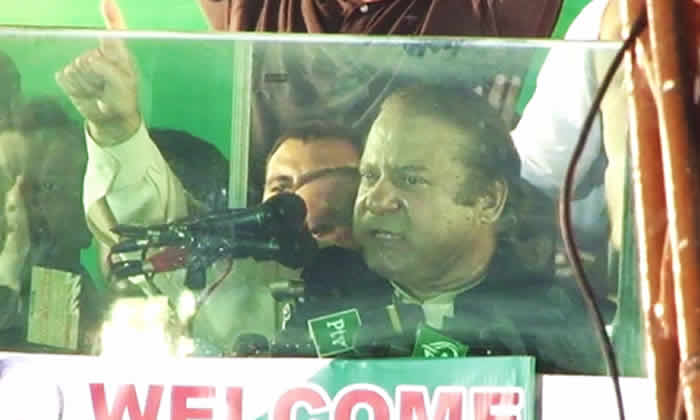 The former prime minister Nawaz Sharif has filed three review appeals in his petition against the Panama case verdict that resulted in his judicial ouster from the position of power.

Amongst the attached documents included documents related to Nawaz’s UAE Iqama (work permit) that led his ouster. It is stated that the jurisdiction of the two judges, Justice Asif Saeed Khosa and Justice Gulzar Ahmed, expired on April 20 after their dissenting notes. Hence, they shouldn’t be the part of the bench and the final verdict had to ruled by the three-member bench.

Lawyer Khawaja Harris wrote that non-withdrawn salary is not the part of assets according to income tax laws. According to Public Representatives Act, only those assets are to be declared which are held by the nominee. Hence, any MNA cannot be declared ineligible through Article 62 (1) (f) in this way. He further argued that the petitioners hadn’t requested disqualification through the offshore company Capital FZE and the decision was made on the basis of wrong records.

Along with the review petition against the July 28 disqualification orders, he has requested for restoration orders which asks to issue a stay order for him to come back in power until the petitions are reviewed. It was requested to keep the decision suspended till the verdict on review petitions. The plea submitted by ex-PM’s counsel says that the applicant’s case for review is strong as the decision was issued by a five-member bench which didn’t have the legal right to do so. Appointment of custodian judge on references is a violation of Articles 125 and 75.

It is mentioned that the position of custodian judge in this case is also a violation of Article 4 (10) (A). The lawyer argued that disqualification of Nawaz Sharif under Article 62 (1) (f) is against the laws of fair trial, adding that Nawaz Sharif will suffer a great loss if the court orders are not suspended. These petitions have been filed in the top court after PML-N founder Nawaz Sharif held a power show from Islamabad to Lahore in his  homecoming rally  where he criticised the verdict and called it against the public mandate and sanctity of votes.

PAT all Set to Stage Sit-in On Lahore Mall Road