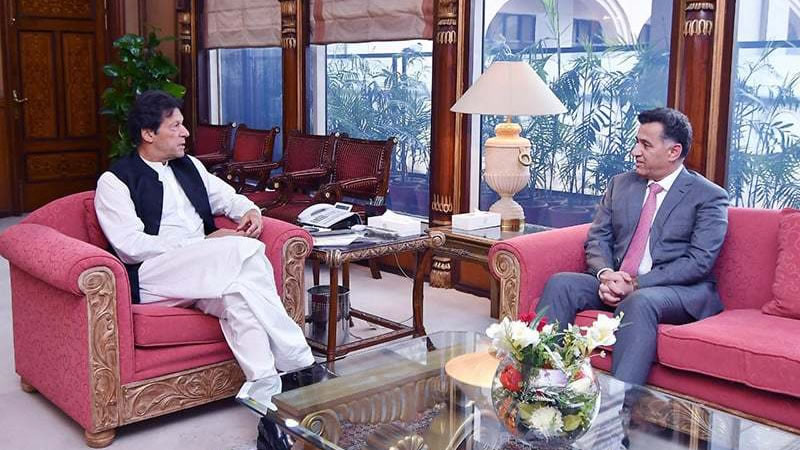 “Matters pertaining to national security were discussed during the meeting,” it said.

No further details were given.

The ISI chief reports to the prime minister and as such they frequently interact. However, only meetings of high significance are made public by the PMO’s media section.

The meeting was held on the heels of another session between PM Khan, Chief of the Army Staff Gen Qamar Bajwa and Gen Hamid on Monday on the sidelines of a meeting of National Coordination Committee on Covid-19, which was reported by multiple media outlets.

Although it’s not clear if this issue was discussed, a major concern has been the growing rift between the federal and Sindh governments over the Covid-19 containment strategies and relief work, which is turning acrimonious.

According to one of the federal ministers, PM Khan was to visit interior of Sindh on Thursday (today). However, the trip was postponed late on Wednesday.

The reason for postponement is not clear, but it is being speculated that it was done out of concerns that the centre-province fight could have intensified had Mr Khan gone ahead with the visit.

Meanwhile, a number of security-related incidents have happened in the past few days including the ceasefire violations along the Line of Control and Working Boundary and events in North Waziristan.

In another important development, Special Representative for Afghanistan Reconciliation Ambassador Zalmay Khalilzad and Resolute Support Mission Commander Gen Austin Scott Miller visited Rawalpindi on Tuesday to seek Pakistan’s support for the implementation of US-Taliban agreement, which has been held up because of sharp differences between the Taliban and Afghan government.

“Brig Mohammad Ahmed has assumed the charge of new military secretary to the prime minister,” the PMO announced.

Brig Cheema paid a farewell call on the prime minister on Wednesday.