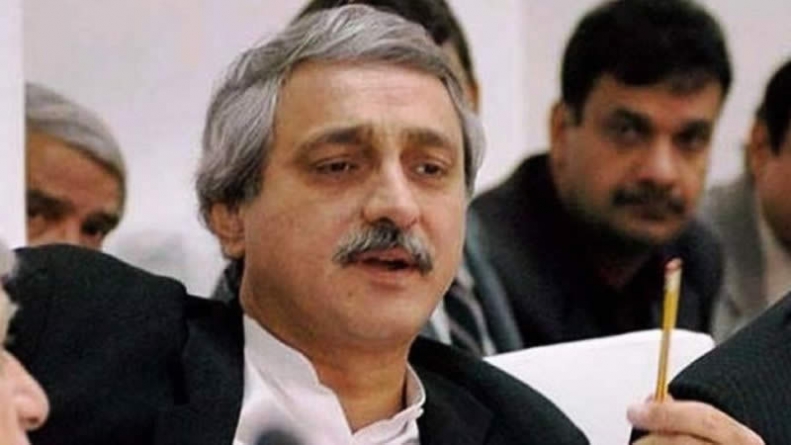 PTI’s disgruntled leader Jahangir Tareen has reminded Prime Minister Imran Khan of his promise that he – Tareen – will be treated justly and said it is about time justice is delivered.

“Baseless allegations were levelled against me and now [the courts issue] a new date at every hearing,” Tareen – who was once regarded as a close friend of PM Imran Khan – said on Monday while talking to the media after his appearance before a court in Lahore.

The Federal Investigation Agency (FIA) lodged three cases against the PTI leader after an inquiry highlighted Tareen’s alleged link to a powerful sugar mafia that created a shortage of the commodity in January last year with the aim to hike sugar prices.

Later, at least 30 parliamentarians and provincial assembly lawmakers of the ruling party rallied around Tareen, tagged themselves as Hamkhayal – likeminded – group and even nominated their own leader at the Punjab Assembly – in a move described as formation of a forward bloc by some analysts.

On April 27, Prime Minister Imran met the lawmakers and assured them that there would be no injustice to Tareen. The premier also tasked Senator Ali Zafar to look into their claim – that the investigation against the PTI’s former secretary general was politically motivated – and to submit a report.

Talking with reference to Zafar and his report, Tareeen said he respects Ali Zafar, “who has made great efforts to complete the report”. He said: “We hoped that the report would be public by now, but that hasn’t happened yet.”

The PTI leader said it is being speculated that Zafar has submitted his report to the premier and that the report contains positive findings about him. “The PM had promised that justice will be delivered, and so it should be delivered now,” he said. “Provide justice and don’t indulge in politics,” he warned.

Referring to registration of a case against one of the lawmakers from likeminded group, Tareen said, “The situation deteriorated when a case was registered against Nazir Chohan.” He clarified that he hadn’t met any government officials. “I will speak openly when I get the report.”

Earlier, two courts extended the interim bails granted to Tareen and his son, Ali, till June 11 in three cases, registered by the FIA in connection with a sugar scam.

When the accused appeared before Additional District and Sessions Judge Hamid Hussain, he observed that he did not have the power to hear the matter any longer as a new judge had been posted as additional district and sessions judge (AD&SJ-I).

The judge noted that he was only empowered to place the matter for hearing at the next date.

The court asked the FIA officials about the progress made in the investigation. An FIA deputy director said the investigation officer had been changed but added that it was a routine matter.

The court observed that an investigation officer could not be changed and a show-cause notice would be issued in that regard. Subsequently, the court adjourned the hearing till June 11 and also extended the interim bail of Tareen and Ali in two cases.

The duo also appeared before a special banking court in connection with another case. However, due to unavailability of the judge, their bail was extended till June 11.