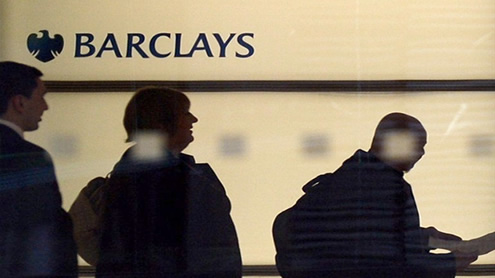 LONDON: Barclays on Thursday said industry veteran David Walker would become its new chairman from November, succeeding Marcus Agius who resigned over the Libor rate-rigging scandal that has rocked the British bank.

A statement said “Sir David Walker has been appointed as a non-executive director of Barclays with effect from 1 September 2012 and will succeed Marcus Agius as chairman of Barclays with effect from 1 November 2012.” Walker, a former deputy head of the Bank of England and ex-chairman of US bank Morgan Stanley, said his “immediate priority, and critical to Barclays’ ongoing success, will be the appointment of a new chief executive.”

Barclays is looking for a new chief executive after US national Bob Diamond quit the post at the start of July along with Agius and the bank’s chief operating officer Jerry del Missier owing to the Libor scandal. The London-listed bank was fined £290 million ($453 million, 369 million euros) in June by British and US regulators after admitting that it attempted to manipulate the Libor and Euribor rates between 2005 and 2009.  Britain’s Serious Fraud Office is considering whether to bring criminal prosecutions over the Libor scandal, while Prime Minister David Cameron has launched a parliamentary inquiry into revelations that Barclays traders lied about the interest rates other banks were charging it for loans.

Libor, or London Interbank Offered Rate, is a flagship London instrument used as an interest benchmark throughout the world, while Euribor is the eurozone equivalent. The rates affect what banks, businesses and individuals pay to borrow money, while the scandal risks engulfing banks across the world. Walker, who is 72, has worked at Britain’s Treasury and is presently a senior advisor to Morgan Stanley, said he was looking forward to playing his part “in taking the company forward after recent events.”-Indiatimes