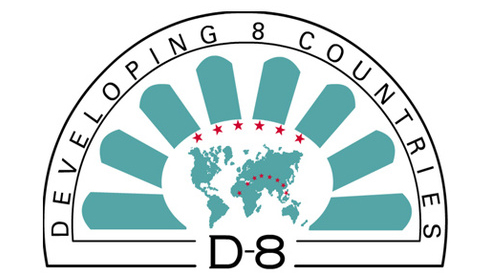 ISLAMABAD: The Developing 8 (D8) Muslim countries are poised to enhance their share in global trade by 15 percent by 2018 and a strategy in this regard is expected to be formulated during the four day-summit that would begin today (Monday).

“The D8 countries’ share in global trade has already been enhanced from $67 billion in 2008 to $130 in 2011 which is almost double,” Trade Development Authority Pakistan (TDAP) Secretary Abdul Qadeer Qazi said while addressing a press conference on the eve of the D8 summit. He said that the agenda for enhancing global trade was already set in 2008, however this would be thoroughly debated during this event. He said that the seventh D8 conference was held in Nigeria and now it is being held in Pakistan in this way, the country would have chairmanship of the forum.

He said that it is for the first time that the main focus of the D8 conference is on trade development, adding that the Ministry of Commerce has been given special preference to formulate its programmes for the summit. He said that TDAP is organising three main programmes, aiming at promoting Pakistan’s potential for trade and exploring trade opportunities the other countries has to offer. He also informed that an exhibition of products of respective member states is part of the D8 summit in which pavilions have been allocated to the participating countries to exhibit their products to the visitors.

The TDAP secretary further said that Pakistan has also set up a country stall in the exhibition showcasing engineering, textile and halal food products. He said that during the summit, discussions will also be held to strengthen the D8 Chamber of Commerce and Industry to further boost trade relations among the private sectors of the member state. In this regard, he said the TDAP has invited the representatives of the Chambers of Commerce and other trade representatives for discussion in the regard.

He added that the four-day eighth summit of D8 Muslim countries would also discuss ways and means for further strengthening mutual business and trade relations for the benefit of people of the member states and enhance their share to 15 percent of the total global trade. “The trade and business related activities will open here at Pak-China Friendship Center with significant activities including trade exhibition, meeting of head of Trade Promotion Organisation of D8 countries, and an interactive Trade Seminar on ‘Exploring Trade Opportunities among the D-8. Countries’,” said Abdul Hqabir Qazi.

He added that D8 leadership, D-8 exhibitors and business delegates, D-8 business councils, local trade bodies, diplomatic corps, academia, relevant ministries and local businessmen are scheduled to attend the seminar. The participants of the summit would share their experiences specially in the fields of trade and investment, make recommendations and suggestions for further improving their relations in order to benefit the people of D8 member states. -Dailytimes