Turkey to enter full lockdown April 29 to May 17 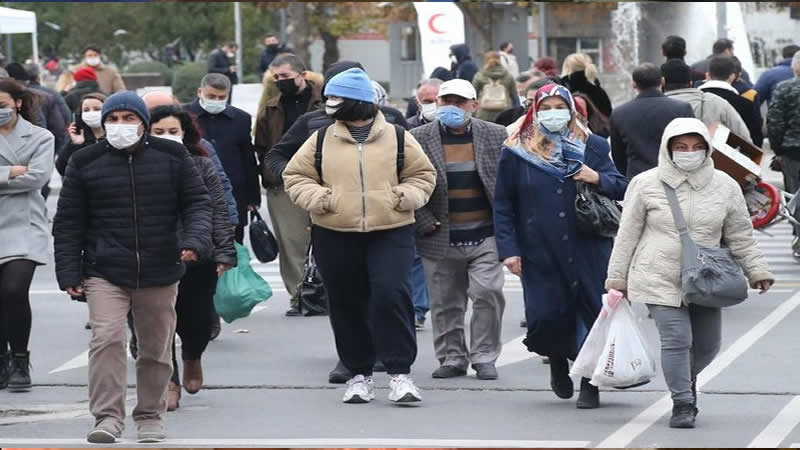 Turkish President Recep Tayyip Erdogan on Monday announced a full lockdown from April 29 to May 17 to fight a surging third wave of coronavirus infections.

The nation of 84 million has seen daily Covid-19 death tolls rise to around 350 — higher than during two previous spikes last year.

Turkey’s 37,312 new infections reported on Monday were the highest in Europe but still down from the peak of nearly 60,000 reported earlier this month.

“We must quickly reduce the number of cases to less than 5,000 a day,” Erdogan said in a televised address.

He said Turkey would enter “a full closure” that requires people to stay indoors without a valid reason and sees all non-essential businesses closed.

Travel between regions will be restricted and supermarkets will also be closed on Sundays for the first time.

The measures appear to be designed to avoid another spike around the time of traditional family gatherings and celebrations that take place when the holy month of Ramadan ends in mid May.

The new restrictions come with Turkey falling considerably behind its planned inoculation schedule after a quick start in mid-January.

It has provided two jabs to eight million people and is pushing China to speed up the delivery of Sinovac’s CoronaVac vaccine after securing a deal for 100 million doses.

Turkey has also received its first deliveries of the Pfizer/BioNTech vaccine and has reached a deal with Russia to start producing Sputnik V locally.

Turkey’s official death toll from the virus now stands at 37,312.

Mind your own party: Frieha Altaf says ‘trolls’ need to think before calling celebs out