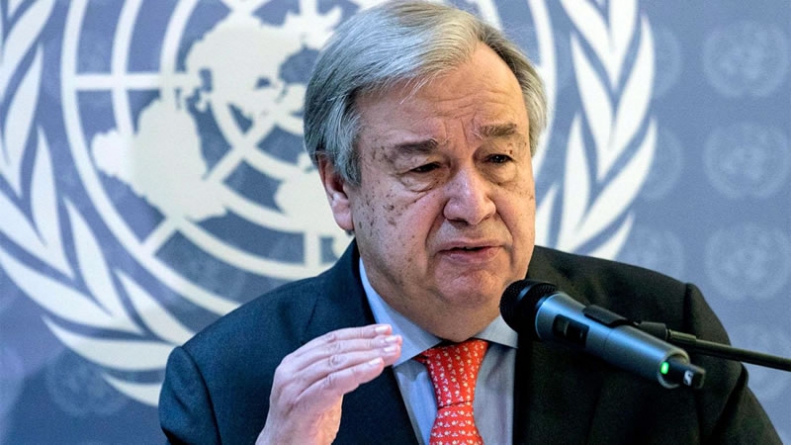 In a statement issued late Sunday, the Indian Ministry of External Affairs (MEA) official spokesperson asserted that the dispute would be discussed bilaterally. “There is no role or scope for third party mediation.”

Deflecting India’s illegal hold on the Himalayan territory, the spokesperson instead claimed that what needed to be addressed was the “vacation of territories illegally and forcibly occupied by Pakistan”.

India’s response came hours after the UN chief offered the global body could “play its role in de-escalating tensions” arising from the Kashmir dispute between Pakistan and India and the latter’s ceasefire violations along the Line of Control.

“There is a dire need to protect human rights of the people living in India Occupied Jammu and Kashmir (IOJ&K),” the UN secretary general said while addressing a news conference along with Foreign Minister Shah Mahmood Qureshi on Sunday.

The UN chief had visited the Foreign Office and held delegation-level talks with the minister in which inhuman treatment of Indian forces with the people of IOJ&K, unconstitutional lockdown, hosting Afghan refugees as well as Afghan peace process were discussed.

Guterres arrived early Sunday on a four-day official visit to Pakistan to attend the 40 years of hosting Afghan refugees in Pakistan Conference.

This author has not added a biography. Meanwhile Top has contributed 2287 posts. Click here to view them.