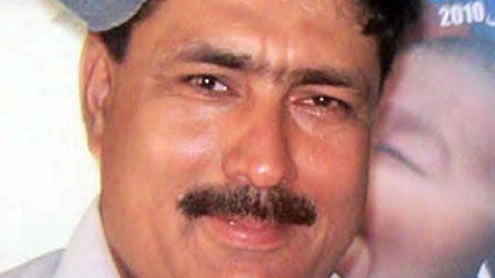 PESHAWAR: A Pakistani physician accused of assisting the Central Intelligence Agency (CIA) in obtaining DNA samples of Osama Bin Laden through a fake vaccination campaign was, on Wednesday, convicted for involvement in anti-state activities by a tribal court, a senior government official said.

“Dr Shakil Afridi was produced before a four-member tribal court Wednesday morning and was sentenced to 33 years in prison and also given a 3,20,000-rupee fine,” Political Agent, Khyber tribal region, Mutahir Zeb Khan told Media.Soon after his conviction, Afridi was sent to the Central Prison in Peshawar.The court was headed by a deputy administrator responsible for Bara region.Afridi was charged under the British-time Frontier Crimes Regulation (FCR) that unlike the Pakistan Criminal Code (CPRC), does not carry death penalty for high treason.

A judicial commission investigating the circumstances leading to the death of Al Qaeda chief, Osama bin Laden in a US navy seal raid in the northern city of Abbottabad in May, 2011, had recommended in October last that Afridi be charged with high treason.Had Afridi been charged under Pakistani penal law, he was almost certain to have been awarded the death penalty, a lawyer said. The court also ordered confiscation of Afridi’s assets and seizure of his bank accounts.

Afridi was picked up by Pakistan’s Inter Services Intelligence (ISI) from near Peshawar, two weeks after Osama’s death. The official said that Afridi had accepted helping the CIA by running a fake vaccination campaign in Abbottabad a month before the raid on OBL’s compound.AFP adds: In January, US Defence Secretary Leon Panetta confirmed Afridi had worked for US intelligence by collecting DNA to verify bin Laden’s presence and expressed concern about Pakistan’s treatment of him.“He was not in any way treasonous towards Pakistan,” Panetta told CBS television’s “60 Minutes”.“For them to take this kind of action against somebody who was helping to go after terrorism, I just think is a real mistake on their part.” – Dawn