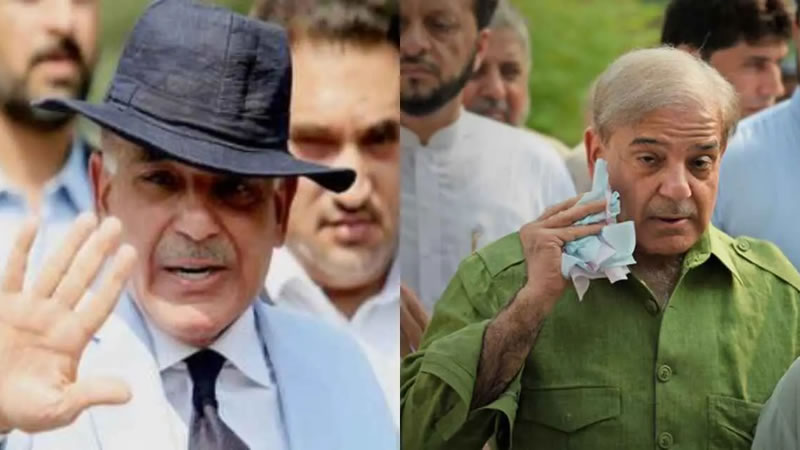 The National Accountability Bureau (NAB) on Tuesday raided different places to arrest PML-N president and Leader of the Opposition in the National Assembly Shahbaz Sharif after he skipped its hearing in money laundering and income-beyond-means investigation, but the bureau returned ‘empty handed’.

A NAB team accompanied by police first raided Mr Sharif’s Model Town residence after he told it through a letter that he could not appear before a combined investigation team (CIT) because of precautions he had adopted due to Covid-19. He requested the anti-graft watchdog to conduct a question-answer session through video link.

Rejecting outright his request, NAB obtained his arrest warrants from its chairman retired Justice Javed Iqbal and dispatched a team along with a heavy contingent of police to arrest him.

Upon the team’s arrival in Model Town, a good number of Pakistan Muslim League-Nawaz workers gathered there and chanted slogans against Prime Minister Imran Khan and NAB. They termed the raid an outcome of ‘NAB-Niazi’ nexus. The PML-N also termed it a ‘pre-planned’ move ahead of the all-important National Assembly budget session and said this nexus would go after some other main leaders of the party in the coming days.

Police pounced on the PML-N workers when they tried to stop the NAB team from entering Shahbaz Sharif’s house. However, after a baton charge, the workers dispersed. Police also blocked entry to the H block (Model Town). After spending a couple of hours at his house, the NAB team returned empty handed.

“Shahbaz Sharif had managed to escape by the time NAB team and police reached there. In anticipation of his arrest after the court fixed his pre-arrest bail plea for Wednesday (today), Shahbaz Sharif left his house for ‘undisclosed location’ on Tuesday morning. Although he was self-isolating at his residence because of coronavirus, the NAB’s mood made him to flee isolation,” an official told Dawn.

NAB reached the residence of PML-N lawmaker Sohail Shaukat in the Burki area for a second raid after tracking his location. But it failed to find him there too. “The NAB team will continue raiding the whereabouts of Shahbaz Sharif tonight through a tracking system,” the official said.

In the letter to NAB on Tuesday, the opposition leader said: “It has been widely reported in the media that some officials of NAB working at the premises have also unfortunately tested positive. I wish them speedy recovery. As I am a cancer survivor and 69 years old I have been advised limited exposure on account of low immunity.”

Mr Sharif also filed a reply to the questionnaire sent to him earlier. He said he was available to respond to any more queries of the CIT through a video link.

According to a source, the NAB chairman issued arrest warrants for Shahbaz Sharif’s ‘non-cooperation’ with the investigators, especially in the money laundering case.

During his last appearance in May, the CIT had grilled Mr Sharif for about two hours, asking him to provide details about transfer of party funds to his own bank accounts. He was also asked to provide details of ‘monumental’ increase in his assets over the past 20 years and the property he received in inheritance and the loan he got from a bank during 2005-07 and his association with the arrested and absconding ‘money launderers’ who allegedly worked for his son Salman Shahbaz.

The NAB Lahore has already prepared a corruption reference against former prime minister Nawaz Sharif, Shahbaz Sharif and Maryam Nawaz pertaining to Chaudhry Sugar Mills, money laundering and assets-beyond-means and sent it to the chairman for approval for filing it in an accountability court.

NAB has nominated Nawaz Sharif, Shahbaz Sharif and Maryam Nawaz as prime suspects in the reference. Salman Shahbaz, who is absconding in the UK, and other Sharif family members are among the 16 suspects in this case.

Reacting to the raid, PML-N spokesperson Marriyum Aurangzeb said NAB had acted at the behest of Imran Khan Niazi. “It is political victimisation of the opposition leader,” she said, adding that Mr Sharif’s bail petition was fixed for hearing in the Lahore High Court for June 3, but NAB was ordered to raid his residence by Imran Khan, which was condemnable. “A curfew was imposed in Model Town neighbourhood and PML-N workers were baton-charged by police to arrest Shahbaz Sharif,” she said.

Ms Aurangzeb has challenged the NAB chairman that if there was any sense of justice in Pakistan, he should arrest Imran Khan and Usman Buzdar for proven robbery of billions of rupees in the sugar scandal, instead of “staging a circus of witch-hunting of Shahbaz Sharif”.

“The entire fiasco of the raiding team was to put up a show to divert people’s attention from the panic, misery and disastrous situation of coronavirus in the country due to the blunders and failure of this government to make and implement a strategy. If Shahbaz Sharif is arrested against the law and due procedure, the people of Pakistan will arrest Imran Khan from Banigala,” she added.

Ms Aurangzeb said Imran Khan’s government was planning to present the worst people-crushing budget and the Pakistan Tehreek-i-Insaf was trying to keep Shahbaz Sharif away from the budget session through this arrest.

“The NAB-Niazi alliance has all the records and documents for the past two-and-a-half years and Saaf Paani, Ashiyana Scheme, 56 companies, Multan Metro, earthquake fund, DFID and every other case propped up against Shahbaz Sharif fallen flat on its face. Not a single penny of corruption has been proved against him despite the worst political victimisation and smear campaign by this administration,” she claimed.

The Pakistan Peoples Party also strongly condemned the raid on the residence Shahbaz Sharif. “NAB’s action is not only condemnable but also an act of victimisation. The federal ministers had been issuing statements that after Eid several politicians will be arrested. If NAB is free then why it does not act on sugar and wheat crisis and BRT scandal,” said Senator Mustafa Nawaz Khokar, a spokesman for PPP chairman Bilawal Bhutto-Zardari.

US rebukes China for Border 'aggression' with India