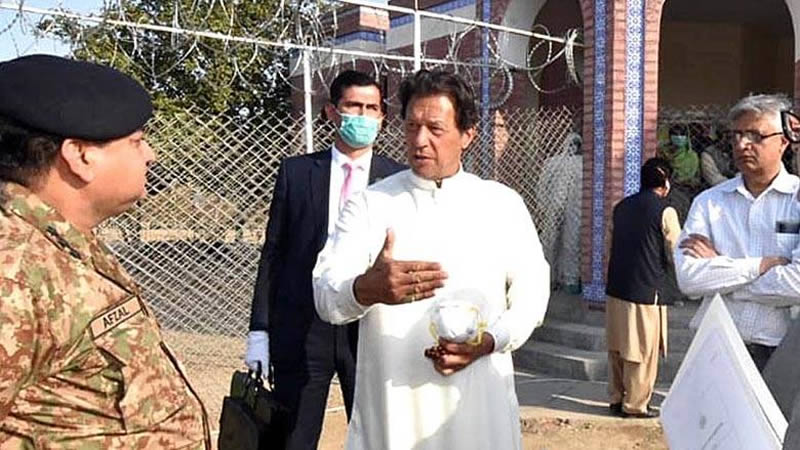 Prime Minister Imran Khan has unveiled a stimulus package to shield people and the economy of Pakistan from the impact of COVID-19.

The package needs to be further explained along with details of spending and the mechanism to ensure transparency and accountability.

The government also needs to present a revised fiscal framework as expenditures and revenues are going to shift drastically. Recently, the cabinet approved a budget strategy paper that should be revisited.
While the premier was announcing the stimulus package, simultaneously the Monetary Policy Committee of the State Bank of Pakistan (SBP) decided to slash the policy rate by 150 basis points to 11%. Such a reduction was needed as the inflation outlook is expected to fall further to single digit predominantly due to a sharp decline in oil prices and shrinking global and domestic demand.

Oil prices plunged to the lowest level since the Gulf War, which would have a domino effect on the prices, increasing the purchasing value of the rupee.

The fall of the policy rate was inevitable, but the size of the cut in two episodes looks more like a knee-jerk reaction. The SBP should have realised the gravity of the situation in its last revision when it slashed the policy rate by only 75 basis points.

Recently, the SBP has announced a discount window that offers loans at 6% to new industries.

The present economic condition is not favourable for setting up new industrial units rather the discount window should be extended to support the existing industrial concerns working in the area of health care.

A sum of Rs200 billion is earmarked for the industries and exporters. The government must understand that traditional exports will inevitably shrink. Efforts should be geared towards inspiring a new wave of exports.

Professor Naveed Hamid of Lahore School of Economics suggests that Pakistan should use its existing exporting factories to produce protective gears and hospital equipment.

He maintains, “Our manufacturers are very innovative – not only can they copy anything but also can innovate to improve it. The only complex part is the hood that just needs a plastic window to see through, but I am confident they can produce it. In Sialkot, I have seen factories combine cloth with various materials to produce different garments for various sports, so I am confident they can handle it.”

Similarly, the package should be diverted towards producing medicines, ventilators, hospital equipment and food sector to meet the local and global market needs once the capacity is developed.

Government’s Kamyab Jawan programme could not kick off as promised. The stimulus package should have allocated more resources for such a programme as it will directly help young population in running their self-employed businesses.

Tax refunds for exporters announced in the package were not a relief but a temporary solution to a structural problem. The government, indeed, owes this money to the exporters.

Another such announcement was to procure wheat. The federal government only guarantees wheat procurement by provinces and it procures itself a small quantity. Export refund and wheat procurement are routine functions and may not be considered a stimulus package.

The Ehsaas emergency cash programme has increased disbursement of cash from Rs2,000 to Rs3,000 per month to the existing beneficiaries. This is not enough for providing necessities to the households.

Cash handouts should amount to at least Rs5,000 to cover necessities of households and will also help in supporting local businesses by stimulating demand.

The government could only disburse around Rs70 billion in almost eight months out of a total allocation of Rs192 billion. So, the government has some space for such an increase in the package.

Secondly, a sharp decline in Public Sector Development Programme (PSDP) releases has also created some room for diverting resources towards supporting the vulnerable population. The primary challenge is to increase the coverage of this programme beyond existing beneficiaries.

“Ehsaas should not worry at this time about inclusion error. It needs to worry about exclusion error,” Shirin Gul, a social protection specialist remarked recently in a conference held by the Learners’ Republic.

Utmost effort is needed to make this package “people and health-centric” rather than “industry-centric”.

The prime minister has announced a fund to support healthcare workers. There is an urgent need to expedite the delivery of this package to such workers.

Pakistan also needs to spend more resources on diagnostics, targeting potential carriers of the virus and isolation/lockdown in order to save money on ICU expenditures. At this point, the country needs to save human lives from the pandemic.

However, this is time to realise that Pakistan can help the economy and industry recover after winning the war against COVID-19. It should not sacrifice a single human life to generate economic growth.

Pakistan Institute of Development Economics (PIDE) has developed a framework to assess the impact of COVID-19 on different sectors. This is time that the government engages such institutions and a wider network of professionals from different disciplines in policymaking.

Naveed Iftikhar is an entrepreneur, teacher and economic/urban policy professional and Momin Iqbal Lodhi studies Accounting and Finance at LUMS

UN Warns Pakistan Could be Hardest-hit by Pandemic

UN Warns Pakistan Could be Hardest-hit by Pandemic