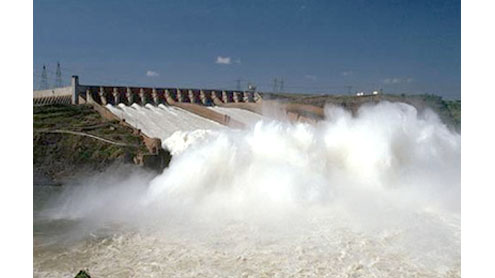 PESHAWAR: The Khyber Pakhtunkhwa Minister for Industries and Commerce, Syed Ahmad Hussain Shah, has said that the government is endeavouring hard for the self-reliance in power sector, saying that Rs 50 billion has been allocated for the hydel power generation projects in the province.

Presently, he informed that the industries would be provided subsidise electricity after establishment of the hydel projects.Addressing ground breaking ceremony of Hattar Industrial Estate, Phase 7 at Hattar, here on Tuesday, he said that businessmen and industrialists had badly affected by poor law and order situation, but the situation is improving with passage of time.He, however, said the industrialists are still facing problems to run units in the present electricity and gas shortage in the country.

On the occasion, the Speaker Khyber Pakhtunkhwa Assembly Kiramatullah Khan, performed the stone laying ceremony of the Phase 7 project of Hattar Industrial Estate, besides a large number of industrialists from all over the country were present.The Provincial Minister for Excise and Taxation Liaquat Shabab, MPA Gohar Nawaz Khan and Secretary Industries Khalid Pervez also attended the ceremony.He said that the government had initiated different hydel generation projects to meet growing energy demands of the province.

Shah went on to say that due to historic NFC award our province has received Rs 22 billion as over and above grants which were being utilised for the uplift of the common man we are also making efforts to provide maximum job to the people, according to the manifesto of PPP.While responding to the problems of the Hattar Industrial Estate, the Minister for Industries informed that Rs 350 million have been approved for the rehabilitation and maintenance for the roads of Hattar industrial estate. He said allotments of plots have been started forthwith, about 100 acres of land have been kept for the investment of Overseas Pakistani. – Brecorder