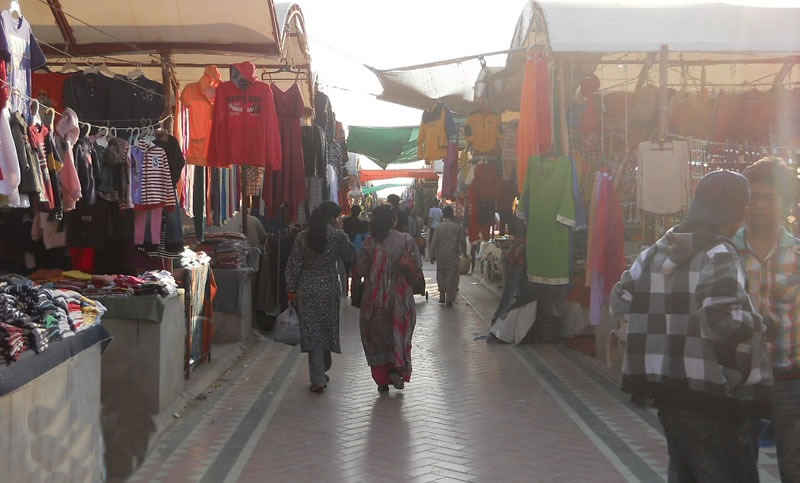 The DHA Sunday bazaar, one of the most popular weekly markets of the city, was closed by authorities on Tuesday who said that the facility had been set up on private property and their agreement with the market organisers finally came to an end last year. The spokesman for the Defence Housing Authority said the organisers and shopkeepers of the Sunday market set up in Phase VIII for years were aware of the agreement details with the authority which ended on December 31, as the land they were using for their business actually belonged to different people. “An agreement was made with the Sunday Bazaar shopkeepers that expired on December 31, 2014, which allowed them to operate their stalls on that property,” said the DHA spokesman. “When the date passed, we told them over and over again that the time is up and they should vacate as the agreement was for a stipulated time period.” There was no concept of a fresh agreement, he said, adding that a grace period of three months after the December 31 deadline was offered during which the shopkeepers were repeatedly asked to move their businesses. A lot of people did implement that on their own, he added.

“The land belongs to various plot owners,” he said. “We did not have a facility to give them another space. There was an agreement and according to that the time was up. The DHA wants to develop this area. The rest of Phase VIII is also being developed as you can see.” The organisers of the Sunday bazaar appeared convinced with the DHA move, but said they were looking for alternative piece of land to resume the activity that could take time. “We all know that it was a well-established and household name for many Karachiites,” said Riffat Ali of Welfare Association of Field Organisers of Weekly Bazaars Karachi. “But obviously there are legal and moral bindings to vacate that place. The traders have already spotted a place or two in this regard, but it would take time to finalise the place and then move to the authorities for permission through the legal process.”