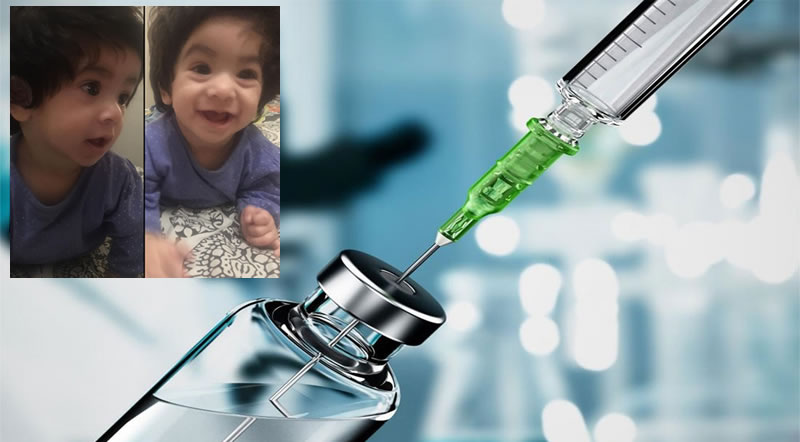 The parents of a minor girl filed a complaint on Sunday against the administration of a private hospital for negligence, due to which their infant daughter became mentally paralysed. In the complaint registered at the Shara-e-faisal Police Station, the parents demanded strong legal action against the hospital.

Two nine-month-olds, Nishwa Ali and Amisha Ali, were brought to a private hospital in Gulshan-e-Iqbal for treatment of diarrhea. The girls’ condition improved a day after treatment at the hospital.

However, before discharging the infant patients, the hospital administration administered an injection to Nishwa after which her heartbeat abnormally increased. She also faced difficulty in breathing. The infant was shifted to the hospital’s ICU where she was placed on a ventilator. According to the report of the CT scan administered at the hospital, Nishwa has become mentally paralysed.

While speaking to the media, Nishwa’s father, Qaiser Ali, said that the incident occurred due to an overdose of potassium chloride injected by untrained hospital staff. The hospital has recruited many amateur medical technicians and staff on low salaries putting the lives of patients in danger. The injection that is administered through a period of 24 hours was given in a single dose due to which the condition of the infant worsened.

According to the hospital administration, when Nishwa was admitted, she was facing gastroentitis disease for which, an injection of potassium chloride was instantly administered. Due to the abnormal heartbeat and shortness of breath, the patient was shifted to a ventilator after which she came out of danger.