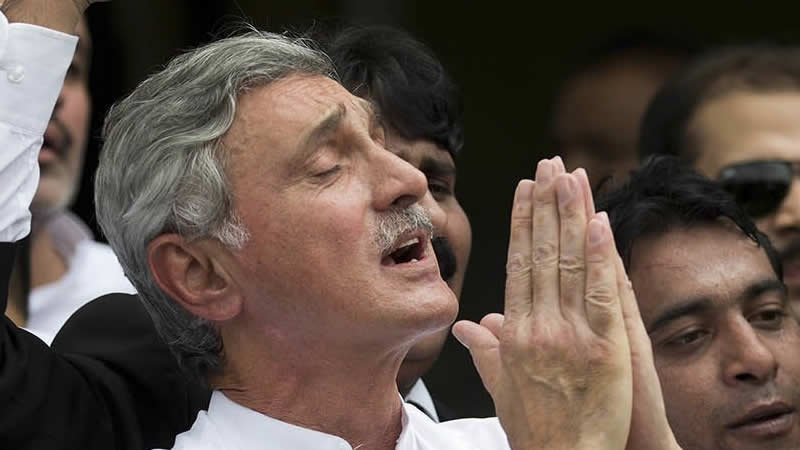 Former secretary general of the ruling Pakistan Tehreek-i-Insaf (PTI) and sugar baron Jahangir Tareen, who is facing money laundering and fraud charges in the sugar scam, is said to have been exploring other political options to stay relevant in the current scenario.

As the Federal Investigation Agency (FIA) on Tuesday summoned Mr Tareen and his son Ali Tareen in connection with the sugar scam for April 9, Pakistan Peoples Party’s senior leader Syeda Shehla Raza claimed that a meeting between PPP co-chairman Asif Ali Zardari and Jahangir Tareen had been scheduled for next week.

“There is a possibility that Mr Tareen may join the PPP along with his supporters. If this happens then both [Prime Minister Imran Khan] Niazi and [Punjab Chief Minister Usman] Buzdar will be sent packing,” she said in a tweet.

She also said that Mr Tareen held a meeting (in this regard) with PPP leader and former Punjab governor Makhdoom Ahmad Mahmood. Mr Mahmood is a relative of Mr Tareen.

Both Tareen and Mahmood denied their meeting on this matter. “No truth in reports about my meeting with PPP leadership and joining it [the party of Bhutto]. A constant propaganda campaign is being run against me,” Mr Tareen said in a statement.

Talking to Dawn, Mr Mahmood said: “All of this [meeting thing] is completely fake.” However, he did not offer any comment when asked as to why senior leaders like Shehla Raza would speak about the meeting with Mr Tareen if it did not take place.

After the denial of both leaders, Ms Raza deleted her tweet apparently on the instructions of the top party leadership. She did not respond to Dawn’s query in this respect.

A PPP leader from Punjab told Dawn that some important political players would soon reposition themselves in the face of the PTI government’s failure on every front, especially on economy.

“Mr Tareen, who feels betrayed by his friend Imran Khan, has the support of some lawmakers and he is carefully playing his cards. He knows that FIA’s action against him is not possible without the approval of Mr Khan for whom he had spent his bucks and used his clout to bring him into power,” he said and confirmed that Mr Tareen and the PPP leadership had been in contact. “It is the PTI top leadership that has pushed Tareen to explore other political options,” he added.

After virtually coming out of the opposition alliance — Pakistan Democratic Movement (PDM) — the PPP gets active to fancy its chances to form its government at the Centre in the future. “PPP chairman Bilawal Bhutto-Zardari is also keen to perform well in Punjab in next general elections and for this purpose he is looking up to stalwarts like Tareen,” the PPP leader said, adding that Mr Tareen had asked some PTI lawmakers, who are close to him, to accompany him to the court on Wednesday (today) where he and his son had to appear for extension in their interim bail in FIA’s cases.

Separately, the FIA Lahore issued call-up notices to Mr Tareen and Ali Tareen for their alleged involvement in money laundering and fraud in the sugar scam, asking them to appear before it on April 9.

The FIA on Tuesday also ‘detected’ more evidence against 10 sugar mills and others in the multi-billion-rupee sugar scam and also recorded the statement of an official of PML-N leader Hamza Shehbaz’s sugar mills in this regard.

Senior officials of Ramzan Sugar Mills belonging to Leader of the Opposition in the Punjab Assembly Hamza Shehbaz and Chaudhry Sugar Mills of PML-N vice president Maryam Nawaz and other Sharif family members and three other mills appeared before the FIA and recorded their statements. They sought a few days to reply to all queries by the FIA and submit record.

Jahangir Tareen said in a tweet: “Future sales are a normal part of business activity all over the world. It is used to secure future cash flow for normal business activity. It has nothing to do with Satta. All such sales are declared in JDW accounts in their entirety.”