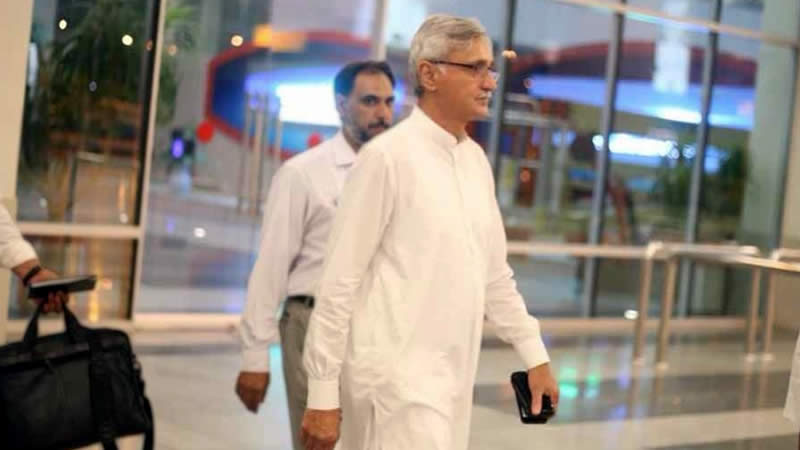 The Federal Investigation Agency (FIA) on Monday sought record from Jahangir Tareen regarding his farmlands, machinery and overseas properties. The investigation agency has given him till April 13 (tomorrow) to file the document.

According to Express, the FIA ​​ sent an eight-point questionnaire to the estranged PTI leader in which he was directed to provide answers regarding the property, which the investigative body had sought from August 2020.

The FIA said Tareen can submit the answers by appearing in person or through the company secretary. Tareen has promised to answer these questions on Friday (April 16).

The FIA also asked for the submission of original receipts for the purchase of all machinery of JK farms and proof (of purchase) of an estimated 35,000 acres of land.

Furthermore, the FIA directed Tareen to submit a bank report in this regard and a money trail of properties purchased in the UK.

Earlier on April 9, it was reported that on the request of the FIA 36 bank accounts belonging to estranged PTI leader and his family were frozen in connection with the probe into the sugar scandal.

Sources in the State Bank said the family had these accounts in nine banks, both government and private.

They added that 21 of these accounts belong to the former PTI general secretary’s son, Ali Tareen. Fourteen of them belong to the estranged PTI leader himself and one to his wife.

Four of them are US dollar accounts, two British pounds and the remaining of local currency. The sources added that there are “tens of millions of rupees” in the frozen accounts.