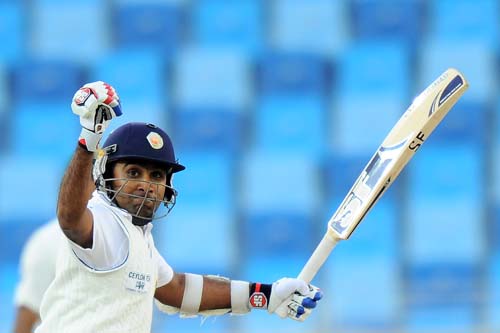 Star Sri Lankan batsman Mahela Jayawardene is to retire from Test cricket later this year, the Sri Lankan Cricket board announced on Monday. The 37-year-old, one of the sport´s modern greats, will play his last Test matches against Pakistan in August.

Jayawardene, who retired from the Twenty20 format along with his fellow Sri Lanka stalwart Kumar Sangakkara after their recent World Twenty20 victory, will continue to play in one-day internationals – with a World Cup in Australia and New Zealand in view next year. A Sri Lankan board statement read: “Sri Lanka Cricket wishes to announce that Mr Mahela Jayawardene has tendered his resignation from Test cricket.” Addressing a letter to the chief executive officer of SLC Mr Ashley De Silva,

Mahela Jayawardene has stated that he would like to retire from Test cricket after the forthcoming Test series´ against South Africa and Pakistan. Former captain Jayawardene said: “It was not an easy decision to make, given that it has been a great privilege and honour representing my country during the past 18 years.”But I believe this is the right time.” Jayawardene, whose most recent series was last month´s surprise 1-0 win in England, has made 11,493 runs in 145 Tests at an average of above 50.He is joint sixth, alongside Sangakkara, on the all-time list of record runscorers. -thenews