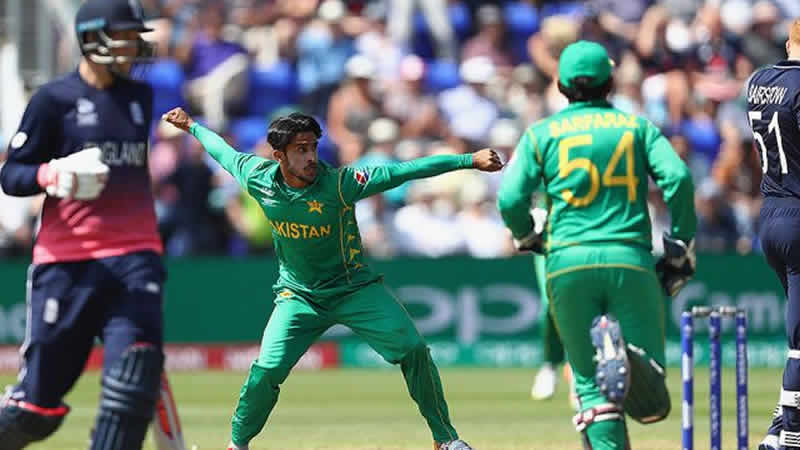 They came in as the last ranked team in the world; they entered the final as the most formidable opponent in the event. Sarfraz Ahmed’s Pakistani team managed to beat the hosts England convincingly in the semi-final to reach the grand finale, something that seemed out of reach, out of sight and even out of mind.

How Pakistan really managed to achieve the impossible is beyond anyone’s imagination. After their defeat at the hands of archrival India, the team management made some changes that were necessary and today, those very changes did the trick. Fakhar Zaman was included in the XI on the insistence of Social Media gurus because the Coach Mickey Arthur had more faith in Ahmed Shahzad; Wahab Riaz’s replacement Junaid Khan proved his worth by being brilliant in all the matches and showed the world that he is the real leader of the pace attack; even debutant Rumman Raees didn’t let anyone miss the injured Mohammad Amir in the all-important semi-final. Had the right XI been selected in the first encounter, we might have been on top of the group table and playing Bangladesh in the semis, but who cares as the Men in Green managed to beat the pre-tournament favorites.

Hassan Ali has been a revelation in the last few months; the way he bowls and celebrates is stuff dreams are made of. At first look he looks like a medium pacer who couldn’t bowl fast but on the field with the Kookaburra in his hand, he is unstoppable. Same goes for Fakhar Zaman who is the first modern day opening batsman Pakistan has had since Saeed Anwar. He may bat like Adam Gilchrist but the flamboyance of Aamer Sohail makes him the new Pakistani hero. Move over Sharjeel, forget Salman Butt – the new kid on the block is here to stay.

To field Shadab Khan in place of Fahim Ashraf was one of those decisions that you make as an experienced campaigner. Sarfraz Ahmed must be commended for using the bowlers intelligently and not caring about win or loss; the bowlers did their job and stunned even the strongest opponent of the team. It was great to see Rumman Raees bowl flawlessly in his first match and I am sure that we will now never see Wahab Riaz represent Pakistan again and be known throughout the world as Mr. 100, the player who scores century with the ball!

The emergence of Junaid-Amir-Rumman must also put an end to mediocre bowlers like Rahat Ali, Mohammad Irfan along with you-know-who, who have been damaging Pakistan Cricket by being below par. Fakhar’s rise may also put an end to the career of Mr. Selfie who neither scores not let others score with his senseless presence on the field. If Azhar Ali can improve his strike rate a little more, we will have the opening pair we have been waiting for!

Pakistan will either play India or Bangladesh in the final of the event this Sunday; the way Ravi Shastri and VVS Laxman were discussing the ascent of Pakistan Cricket made me feel great as a Pakistani. Let’s hope that the Usual Suspects perform Unusually Great in the grand finale so that Pakistan can win the final of the Champions Trophy and improve their ranking considerably. Sarfraz’s Out-of-the-Box came a little late but arrived right on time. Best of Luck Team Pakistan!