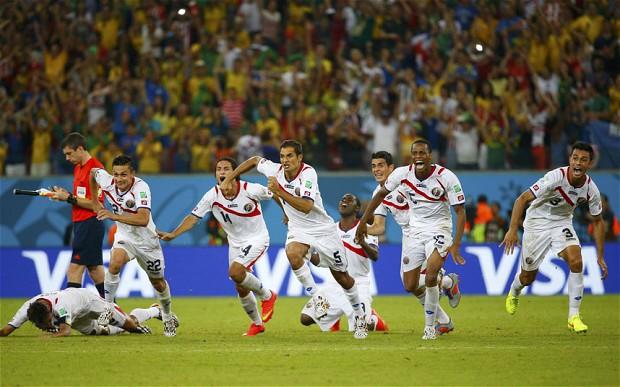 Here is how Brazil can beat Germany without Neymar

Germany scored five goals in 18 first-half minutes on the way to a 7-1 destruction of Brazil in the semi-final on Tuesday to leave the host nation in a state of stunned disbelief at the most amazing World Cup result of all time.

Brazil’s defending was truly awful and Germany took full advantage with brilliant passing and movement to march into the final and hand the host nation their heaviest ever World Cup defeat. An unmarked Thomas Mueller got the first from a corner after 11 minutes before Miroslav Klose struck to become the World Cup’s all-time leading scorer with 16 goals. Brazil’s defence, badly missing the suspended Thiago Silva, fell apart as Toni Kroos grabbed two in three minutes before the superb Sami Khedira added a fifth in the 29th minute to leave the crowd, and millions watching on TV, in a state of total shock.

Brazil’s few second-half attempts were foiled by in-form goalkeeper Manuel Neuer and Germany substitute Andre Schuerrle banged in the sixth in the 69th minute and lashed in a seventh to inflict Brazil’s first competitive home defeat in 64 matches and 39 years. Oscar scored a consolation goal for Brazil in the last minute. In Sunday’s final in Rio de Janeiro, Germany, seeking their first world title since 1990, will play either Argentina or the Netherlands, who meet in Sao Paulo on Wednesday. –REUTERS