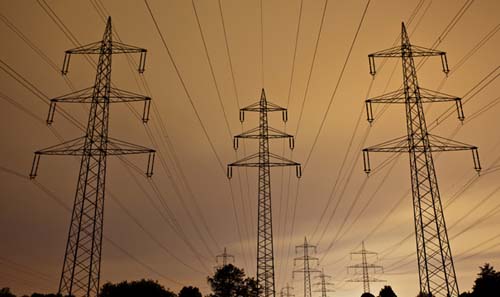 The lawmakers of the ruling Pakistan Muslim League-Nawaz in Mansehra have threatened to launch protest against prolonged and unscheduled power load shedding in the district. Addressing a meeting here on Wednesday, they demanded restoration of power supply to the district from Khan Khawar Dam. The meeting was attended by MPAs Saleh Mohammad Khan, Wajihuzaman Khan, Mian Waliur Rehman, Sardar Zahoor and Deputy Commissioner Zulfiqar Shah and Pesco representative Qazi Tahir.

“Mansehra is hit hard by the current power outages as 60 megawatts electricity, supplied directly to the district from Khan Khawar hydro power, has been diverted to national grid. The meeting was convened to discuss the issue,” said the deputy commissioner.  All the four MPAs of PML-N asked Pesco to immediately restore power supply from Khan Khawar hydro power project to Mansehra. “On one hand people are bearing the brunt of prolonged power outages in scorching heat in Ramadan on the other hand our party (PML-N) is losing popularity because of the wrong decision of diverting power supply to national grid,” said Saleh Mohammad Khan. He said that Mansehra was the only district in Hazara where PML-N secured two National and four provincial assembly seats in 2013 general elections. The MPA said that they would talk directly to Prime Minster Mian Nawaz Sharif if power supply from Khan Khawar hydro power project was not restored immediately to Mansehra.

Qazi Tahir told the meeting that Pesco chief executive was also in favour of direct power supply to Mansehra from Khan Khawar hydro power project. He had also assured the provincial government to take the issue with high-ups of Wapda. In Swat, the residents of different areas staged protest demonstrations against prolonged power outages and faulty transformers on Tuesday.  The residents of Gulkada, carrying placards and banners, gathered outside Swat Press Club. They were chanting slogans against Wapda. Addressing the protesters, former nazim Rashid Iqbal, Khaista Khan and Baktht Zada said that they were facing severe water shortage as supply of electricity was suspended to the area for last few weeks. The protesters marched to Wapda House in Saidu Sharif where they met with Superintendent Engineer Fazl Rabbi and informed him about their problems. The official assured the protesters that the issue of faulty transformer would be resolved soon.

The residents of Rahimabad and Akhunda bad also staged protest demonstrations in their respective areas and chanted slogans against Wapda. They blocked the roads for a while and demanded of the government to take steps to end power outages and replace faulty transformers. Meanwhile, two policemen deputed at the protest venue in Kabal were allegedly tortured by security personnel. Police sources said that constables Kaleem and Mir Hassan were on duty during the protest demonstration against load shedding when personnel of security forces came there and after exchange of harsh words started beating them. They said that both the constables were shifted to security forces unit where they were tortured. “Police constables were under treatment in their homes after getting first aid at a local hospital,” police sources added. Meanwhile, 13 people were arrested by Kanju police on Tuesday on charges of blocking road and ransacking government installations during a protest against load shedding in the area on Monday. -dawn