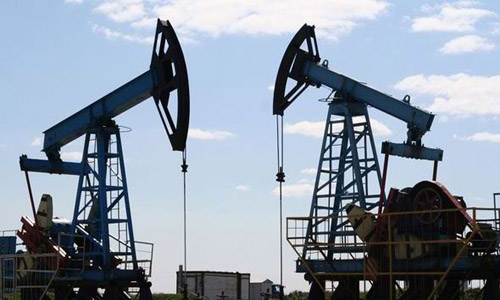 New York´s West Texas Intermediate for June delivery, was up 27 cents at $100.87 in mid-morning trade, and Brent North Sea crude for June advanced 24 cents to $109.82. Pro-Russian militants in Ukraine on Sunday presented a captured team of eight international observers on a military inspection mission as “prisoners of war”. The latest development raised the stakes in the crisis as US President Barack Obama warned Moscow against continued “provocation”.

In the United States the Fed meeting that concludes on Thursday will be closely watched for clues about the bank´s plans for its stimulus and its outlook on the world´s biggest economy and oil consuming nation. Economists expect the Fed to further cut its stimulus programme following a string of figures showing the economy is improving. A further tapering will likely boost the US currency, making dollar-priced oil more expensive and dampening demand. Analysts said a stronger dollar may hurt oil demand at first but a healthier US economy will be good for the commodity in the long term. –thenews