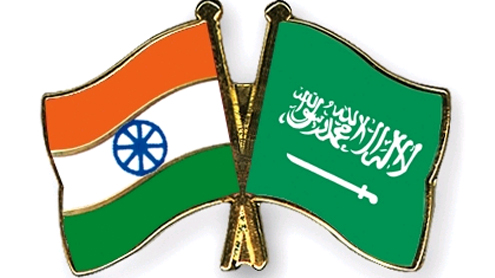 NEW DELHI: India is seeking up to 100,000 barrels per day (bpd) of extra oil every year from top supplier Saudi Arabia to feed its growing refining capacity, its oil minister said on Thursday, denying it was trying to replace supply from sanctions-hit Iran.

Oil refining capacity in Asia’s third-largest economy will rise by about 61 percent to 310.9 million tonnes a year or 6.22 million bpd by March 2017.Higher Saudi volumes could help meet any growing demand at a time Indian refiners are planning cuts of at least 10 percent in Iranian imports because Western sanctions make it difficult to keep doing business with the OPEC producer.“We said that they should try to organise 4-5 million tonnes of oil more each passing year every year,” S Jaipal Reddy told reporters after a meeting with Saudi deputy oil minister Abdul Aziz Bin Salman bin Abdulaziz in New Delhi.

“I wish to make it emphatically clear that our relationship with Saudi Arabia is purely bilateral. It is our single biggest supplier. We have been seeking every year to increase supply.It is the same this year. It has no relationship to our relationship with any other country in the world, including Iran,” Reddy said, adding volumes from Iran in 2012-13 would be “almost similar” to those this year.Imports from Iran in this fiscal year ending March will be 320,000-330,000 bpd compared with the term contract for 362,000 bpd after Tehran cut supply to New Delhi following the scrapping of a long-standing clearing house mechanism in December 2010.India imported 370,000 bpd oil from Iran in 2010-11.

To plug the gap, India turned to Saudi Arabia. The Kingdom sold 547,200 bpd in 2010-11 and its supplies in the current fiscal year will be higher.Since mid 2011, Saudi Arabia has been consistently meeting additional crude oil requirement of Indian refiners every month.Saudi Arabia is pumping 9.8 million bpd and has spare capacity of 2.5 million bpd to meet any disruption in supplies arising from Western sanctions aimed at crippling Iran’s contentious nuclear programme that many say is designed to make a bomb. Tehran denies any such ambition.Market well supplied: Bin Salman said his country was working to keep the oil market well supplied, as top Asian crude buyers look to the world’s biggest producer to make up for cuts in shipments from Iran.

China, India and Japan, which together used to buy about 45 percent of Iran’s crude, are looking for alternatives, including from Saudi Arabia, as sanctions make it difficult for them to keep on their oil trade with Tehran.These countries are planning cuts of at least 10 percent, while, in addition to Japan, South Korea is seeking to be exempt from US sanctions, which means Seoul would also have to cut back on Iranian purchases.“The market is well supplied. There is no need to be concerned,” Bin Salman said.We have demonstrated to our friends that this market is well supplied … that how much excess capacity there is today and how much capacity will there be in future.King Abdullah of Saudi Arabia offered additional barrels to India earlier this month after Oil Minister Ali al-Naimi said Riyadh could increase production by about 2 million bpd almost immediately.

Saudi Arabia supplied an extra 3 million barrels to Indian customers in August, stepping into the vacuum created by Iran after it cut supply to New Delhi after a long-standing clearing house mechanism was scrapped in December 2010.India’s current refining capacity stood at 193.4 million tonnes a year or 3.87 million bpd, Reddy told parliament in November . – Dailytimes