US Asks Iran to help Bring Yemeni Parties into Talks 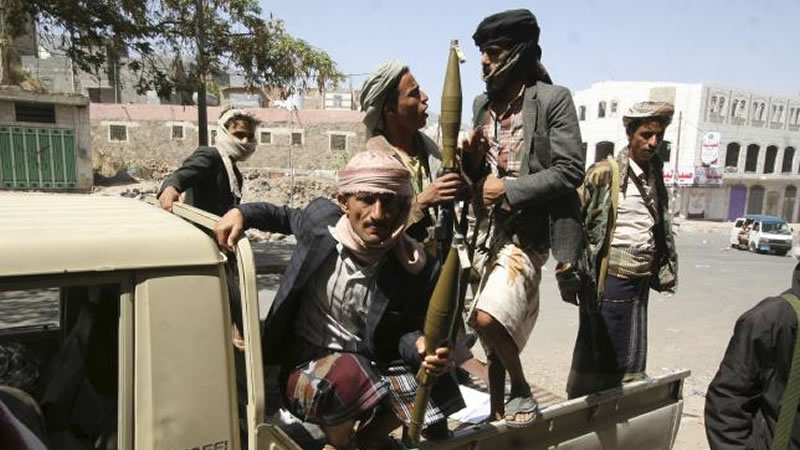 The United States sought Iran’s help to bring Yemen’s warring parties into talks on a political settlement when U.S. and Iranian foreign minister’s met on Monday, a U.S. official said on Wednesday.

Iran is allied with the Houthi militias that took the Yemeni capital Sanaa in September, demanding a more inclusive government. The Shi’ite Houthis have since swept south, unsettling Sunni-ruled oil exporter Saudi Arabia, which fears the spread of Iranian influence in the region. Saudi Arabia conducted an air campaign to bomb Houthi targets. Air strikes hit five Yemeni provinces as fighting raged in the southern city of Aden on Wednesday, and sources in the region said the kingdom was training armed tribesmen to fight the Houthi group. Asked whether U.S. Secretary of State John Kerry had asked Iranian Foreign Minister Mohammad Javad Zarif in talks in New York on Monday to use its influence to get all sides into talks, a U.S. State Department official told reporters, “Yes.”

The official, who spoke on condition of anonymity, said this meant seeking Iranian help to get the Houthis to negotiate. Kerry, speaking on Monday before his meeting with Zarif about the Iranian nuclear program, told reporters that he expected Yemen to attend talks. “I will certainly urge that everybody do their part to try to reduce the violence and allow the negotiations to begin in a way that will protect the interests of Yemenis,” Kerry said. – Reuters