‘X Factor’ may be singing “Oops!…” over Britney 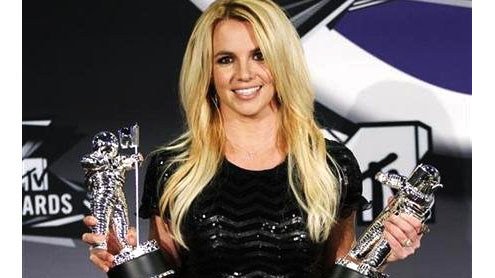 LOS ANGELES: Simon Cowell and Fox television are gambling on pop icon Britney Spears and teen singer Demi Lovato to revive “The X Factor”, but for many media watchers it could be a case of “Oops!…” did they do it again?

Spears, 30, and former Disney Channel star Lovato, 19, are expected to bring in bigger, and more importantly younger, audiences when the singing contest returns for its second season on U.S. television in September after a weaker-than-expected debut in 2011.But whether viewers will tune in is less certain, and the huge check Fox and the producers wrote – Spears is reported to be getting $15 million for one season – may not pay off, pop culture and TV experts say.

“It’s a short term gain for ‘X Factor’. There will be a huge amount of PR and when the show premieres there will be huge ratings,” said Lyndsey Parker, managing editor of Yahoo! Music. “But I think it could be a disaster. I think Britney could make Nicole Scherzinger look like a genius,” Parker said.Spears, who became a teen sensation with hit records such as “Oops! … I Did It Again,” suffered a career and personal meltdown in 2007 but later rebounded. Now, at age 30, the “Womanizer” mom of two is mostly shielded from the media and rarely gives live interviews.Andy Dehnart, editor of RealityBlurred.com, said many viewers will likely tune in just to “see her crash and burn.”

“It’s not clear she is really a TV personality and somebody who can give the show what it needs, which is really insightful, concise, witty critiques of these singers,” Dehnart said.”I really don’t think it’s going to work, but I am hopeful that Britney will surprise us,” he added.”X-Factor” came into its first season last year with high expectations but failed to reach them. With former “American Idol” judge Paula Abdul and ex-Pussycat Doll Nicole Scherzinger on the panel of mentors/judges, Cowell had boasted his new show would oust “Idol” as the most-watched show on U.S. television.

His claim rang hollow when “X Factor” drew only about half the “Idol” audience over its first season, and critics slammed it for being noisy, stale and over-produced.Spears and Lovato were hired to fill the slots left by Abdul and Scherzinger, who were fired in January with Steve Jones, a British presenter who was seen as wooden and flustered.Cowell said the new panel “will be dynamic and will work really well with the changes we are making to the show,” but he did not spell out what those changes will be.Hitfix.com music blogger Melinda Newman questioned whether Spears will sizzle on live television the way she does on her highly-produced records and in her well-choreographed concerts.

Spears may flail on a TV show in which the best moments happen when judges speak off the cuff and often deliver harsh news to aspiring singers who don’t make the grade, experts said.”You are saying to someone, ‘you may succeed but your dream of succeeding through us ends here.’ That is emotional pressure and that is hard to do,” said Newman.”The public has not seen Britney in an environment where we would know if she is able to withstand that level of pressure and have to think very quickly on her feet,” she added.Lovato, 19, the former star of Disney Channel’s “Sonny With a Chance”, is seen as a draw for Latino viewers because of her Mexican, Irish and Italian descent. She also will be the youngest judge on a U.S. TV talent show, and that is key because broadcast TV networks try to lure younger audiences whom advertisers covet for their spending power.

But TVLine.com writer Michael Slezak said Lovato’s resume was “as light as beaten egg whites” and questioned whether the teen was ready for the spotlight of a high-profile of a TV show after her 2010 stint in rehab for eating disorders and cutting.Also raising eyebrows has been Spears’ reported $15 million salary – more than five times what Abdul was earning – especially since Cowell has yet to find a capable host to replace Jones.”If that $15 million is an accurate figure, it makes no sense,” said Dehnart. “To give that to someone who is unproven on a show is really a disaster (and) seems absurd to me.”

Despite some misgivings, Newman felt Spears would be good for the show because Cowell needed a top celebrity who is going to bring viewers. “He needs someone on the level of Christina Aguilera or Jennifer Lopez,” she said, referring to the judges on rivals “The Voice” and “American Idol,” respectively.Still, Newman said “X Factor” needed more than celebrities to keep audiences coming back two nights a week for four months.”The inherent problem with any of these shows it that you are only as good as your contestants. That is catching lightning in a bottle and getting a Susan Boyle,” said Newman.”If you watch the show, you are watching because you are invested in these acts.” – Yahoonews