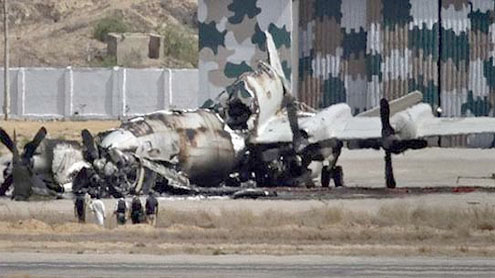 Investigation into PNS Mehran Base attack has been completed and court-martial has been recommended against three senior naval officers, a private TV channel reported on Wednesday, quoting military sources.The action is being taken on the recommendation of the Inquiry Board, headed by Admiral Tehseen Ullah. Authorities had initiated court-martial against Commanding Officer Mehran Base Captain Israr, Naval Aviation Commander Commodore Tahir and security officer Mehran Base Lieutenant Commander Ibrar.