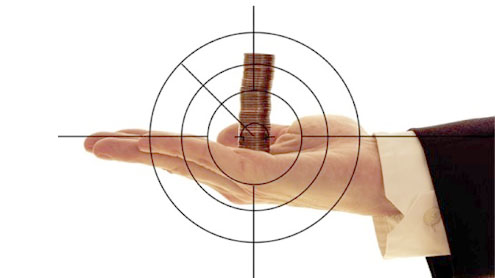 ISLAMABAD:  The Islamabad Excise and Taxation (E&T) Department issues liquor permits to non-Muslims, including locals and foreigners, for a period of six months, whereas three five-star hotels in the capital city hold licence for possession and sale of liquor.

However, these permits are only for locally-manufactured products while the subject of imported liquor does not fall in the jurisdiction of the local administration.According to the data collected from E&T Department, the administration issued 3,081 permits to local and foreign non-Muslims in the capital for the first half of 2012.Among the total number of permits, 2,864 have been issued to locals and 217 to foreigners. Among the foreigners, most are Chinese.Most of the permits have a six-unit quota and would stand expired on June 30. On the basis of these permits, more than 18,000 bottles of locally-manufactured liquor are being used in the capital monthly.

An official of the E&T Department said liquor permits were issued to non-Muslims for a period of six months ending on 30th June of every year and then for another six months ending on December 31.These permits are banned for female non-Muslims under the law. Any non-Muslim including local and foreigner can get the permit of liquor up to six-unit quota per month. Each unit contains one bottle of liquor and 20 cans of beer. The permit holder can either purchase liquor or beer. The permit fee is Rs 50 per month. The allocation of units is determined keeping in view the demand of the applicant. Normally, permits having six-unit quota are issued. The four-unit permits are very rare, the official informed.The E&T Department issues permit to any applicant who is a Christian and has reached the age of 21.

The applicant has to submit an affidavit that he is a non-Muslim along with photocopy of Computerised National Identity Card (CNIC).In the Islamabad Capital Territory (ICT), the chief commissioner and deputy commissioner, by virtue of their posts, hold the charge of secretary and director general (DG) E&T, respectively. The E&T director generally looks into all the affairs of the department.According to the official record, only three five-star hotels in the capital hold the licence for possession and sale of liquor. Another official of the ICT administration said under the law, the five-star hotels were entitled to have the licence for the possession and sale of liquor for their guests and permit holders.The E&T Department approves the licence of possession as well as purchase and sale of liquor and beer to such hotels.

Deputy Commissioner Islamabad Amer Ali Ahmed said the ICT administration had not given the new possession and sale license of liquor to any other new hotel for the last four years.The E&T Department charges Rs 150,000 each for the grant of such licence and as annual renewal fee.Imported Liquor: The E&T official said the reason for the low number of permits issued by the local administration was that these permits were only issued for locally-manufactured liquor having foreign or local brands.“Most of the non-Muslims like imported brands of liquor,” he added.According to the official, there are many bonded warehouses in the capital for the purchase of imported brands.He said the ICT administration had no data about the sale and purchase of imported liquor at these warehouses as these did not come under its jurisdiction.The five-star hotels also purchase imported brands from these warehouses.

Similarly, foreign embassies and diplomatic missions also purchase liquor from these warehouses according to the quota allocated to them by the government.The official said under the law, the permit holder is not allowed to sell liquor to any other person.According to the officials, police try to arrest persons or racketeers involved in the illegal business; however, they always go scot-free due to ‘weak prosecution’.BARI BALOCHQUETTA – The Balochistan government issued more than 40 licences to liquor shops in different parts of Balochistan, including the provincial capital.According to sources, 10 licences were issued during the last four years while the remaining 30 were given by previous governments.Of the 40 licences, 10 were issued for Quetta, 14 for Lasbela, 11 for Jaffarabad and six for Naseerabad.

“Liquor shop licences have also been issued to some other districts of Balochistan, including Sibi, Gwadar and Turbat,” official sources said, adding that most of the licences were issued on the recommendations of the federal and provincial ministers, MNAs and MPAs.Replying to a question, E&T officials said there is a ban on issuing of new permits; however, the chief minister is authorized to oblige anyone.The licences have been issued only to non-Muslims.The annual licence fee is Rs 150,000 fee per licence.According to sources, there is no limit to buying or selling liquor because if the permit holders sell more liquor they pay more tax. The government is receiving over Rs 140 million in taxes per year only from Quetta district. There are reports that some permit holders have left the business due to the deteriorating law and order situation.

There is only one four-star hotel in Quetta where liquor is sold.Besides the licenced liquor shops, there are also many illegal selling points in Quetta and other districts of Balochistan.Sources said despite a ban on sale and purchase of liquor in the province during the previous provincial coalition government, several liquor licenses were issued. The Muttahida Majlis-i-Amal was a partner in that setup.Balochistan has a long coastline of 750-km and borders Afghanistan from where a large quantity of liquor is smuggled every year not only into the province but also to other parts of the country.AMRAIZ KHANLAHORE – More than 90 per cent liquor being sold in the Punjab capital is without permit.The chairman and senior vice-chairman of Pakistan Minorities Movement, Saleem Gabrial and Fiaz Masih Khokhar, say there are only 11,000 permits issued by E&T Department to different Christian families.

As one permit allows only six bottles per month, the department allows hotel bars to sell 66,000 bottles in a month. “But can you believe that every day these much bottles are being sold. The sale of the rest of the 29 days is illegal” said both the office bearers.Bishop Samuel Lal of Church Jesus and Marry claimed that the use of liquor is strictly forbidden in the Holy Bible, no matter whether someone was the follower of protestant or Catholic sect of Christianity.Sources claim that there are four bars in different hotels of the city where liquor sale is allowed during office hours (9:00 am to 6:00 pm). In practice, mini bars start illegal sale after the office hours and earn more than Rs2 million.An assistant excise and taxation officer (AETO) is deputed at every bar, who is supposed to monitor the daily sale. There are four bars (sale points) operating in the main city hotels.Sources claim that the post of AETO bar is so lucrative that the appointment against it is made after intercessions from the top level.

E&T senior officer Tanveer Abbas Gondal says there are 13,000 permits issued to Christians, each allowing six units of liquor in a month.  A liquor seller sitting outside bar of a hotel said that after getting six bottles against the permit everybody also pays another Rs 300 per half a dozen bottles if he wants to purchase more. Sources disclosed that sale of liquor is more than the number of permits issued by the E&T department.An eye-witness of the illegal sale of liquor said all those who had permits were facilitated for illegal sale of liquor by allowing the hotels management to provide them sitting area within bar premises. He said it was happening with the connivance of the Excise Department, police and hotel management, who received their shares from the illegal sales.

An official, however, denied the assertion.He said that the department earned Rs657 million revenue from liquor sale during year 2010-11. But other sources claim it got around Rs 2 billion.Talha MakhdoomKARACHI – Liquor sale is growing rapidly in Sindh through 103 liquor shops, commonly known as wine stores.Wine stores were established to accommodate the 1.2 million minority people in the province.Sources in E&T Department say the licences are issued to the non-Muslims, but the investments are made by Muslims.Former MPA and minority community leader Michael Javed while talking to The Nation said 70 wine shops were operational in Karachi alone.He said almost one million Christians, 80,000 Hindu, 250 to 300 Sikhs and about 1,000 Parsis live in Sindh.

He said retailers of Karachi pay about Rs 2.30 billion revenue in a year to the provincial government while those in the wholesale business pay around one billion rupees.He said majority of the licences are being issued to influential provincial ministers and important personalities.Michael Javed further said the Excise Department had monopoly over the liquor business because of which a bottle sold in Balochistan, Punjab and other provinces at 350 rupees is being marketed for Rs 750 in Sindh.He added that Lahore topped liquor consumption with a daily sale of Rs 20.50million, while Karachi stood second, despite the city having larger minority population.An Excise and Taxation official privy to the matter said the restriction of showing permit before buying wine was waived  in 2005, a step which resulted in huge increase in the sales.Sources said that the government issued 22 new wine selling licences during the tenure of the incumbent government.

NADER BUNERIPESHAWAR- Despite the ban on liquor permits, those who have liquor business are earning huge profits in Khyber Pakhtunkhwa.Sources in the Excise Department told this scribe that individual licences were banned in Khyber Pk during Muttahida Majlis Amal rule in the province; however, the licences of some important hotels were still valid.The sources said the main sources of supply to other parts of the country were Karkhano Market and Jamrod area where dealers had established their own centres.The sources claimed that as compared to the past consumption of liquor had increased in the province as many students had also joined the drinkers club.One of the alcohol consumers while talking to The Nation said the Rawalpindi-based Muree Brewery, producing whiskeys and beer, was meeting 30 to 40 percent needs of the KP people.

Today, the Murree Brewery has expanded its horizons beyond Pakistan as a result of agreements with breweries in the UK and the Czech Republic.Besides Muree Brewery, Azad Wine Shop and Universal Wine Market also supply liquor to KP and other parts of the country. Quetta Distillery is also meeting the requirements of some areas.Sources claimed that these days Russian and Chinese liquors are also abundantly available in Karkhano Market, which are supplied to Pakistan via Torkham border from Afghanistan. All categories of wine including Scochi and Tarra are easily available in Karkhano and Jamrod Markets. The police and Khassadar Force allegedly receive their share from these markets. – Nation