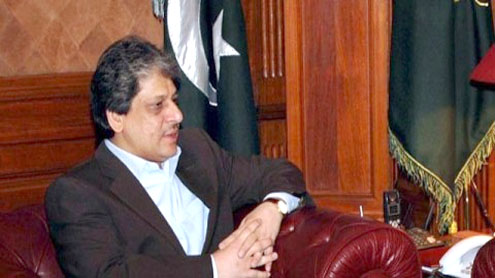 KARACHI: The Sindh Assembly’s Public Accounts Committee (PAC) has advised Sindh Governor Dr Ishratul Ibad, who is also the chancellor of all the state-run universities, to conduct surprise visits of the institutions in a bid to improve their financial management.

In this regard, the public accounts committee would also write a letter to the governor urging him to pay surprise visits of the public sector universities so that the overall performance particularly the financial matters could be improved.The public accounts committee met here Thursday under the chairmanship of MPA Jam Tamachi Unnar in the Sindh Assembly’s committee room. Among others, the meeting was also attended by committee members MPA Mujadid Isran, Shoaib Ibrahim, Aamir Moin Pirzada.

The PAC discussed the deferred paras of Quaid-e-Awam University of Engineering and Technology (Quest), Nawabshah and University of Sindh, Jamshoro with a total pointed embezzlement of at least Rs 81.048 million.At all, the account committee discussed some 20 paras ten each of Quest and Sindh University however at least 16 paras were settled down while 4 others remained deferred for the next meeting.Briefing the media, PAC Chairman Jam Tamachi said the mismanagement and corruption has become routine practice that is also being done in government-run institutions. The PAC was trying hard to play a pivotal role in recovering the misappropriated funds by the officials of the universities.

Earlier, the PAC pointed out embezzlement of Rs 81.408 million in two state-run-universities including University of Sindh, Jamshoro and Quest, Nawabshahuaid. The meeting reviewed 20 audit paras during the meeting and expenditures of Rs 508.49 million came under discussion.
The PAC deferred the first para of FY 2006-07, regarding non adjustment of advances of Rs 3.662 million” because the VC could not convince the PAC in this regard.

The committee members expressed anger over VC Sindh University Dr Parveen Shah while discussing para regarding non production of record about the expenditure of Rs 200.642 million. In this para, the audit officials said that record was provided late by the officials of University of Sindh that was why it was still under scrutiny and auditors could not place remarks on it. – PT