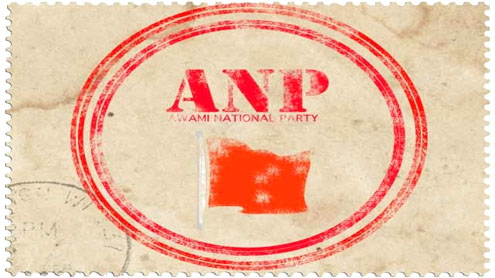 Jamiat Ulema-i-Islam-Fazl, Pakistan Muslim League-Nawaz, Pakistan People’s Party-Sherpao, Pakistan Tehrik-i-Insaf and Jamaat-i-Islami have outrightly refused invitation to attend the APC.The ANP, coalition partner of Pakistan People’s Party in the province and centre, has threatened to leave the coalition government over the ongoing worst power loadshedding in the province. Speaking at a joint press conference at the provincial assembly secretariat on Wednesday, Opposition Leader in Khyber Pakhtunkhwa Assembly Akram Khan Durrani, PPP-S parliamentary leader Sikandar Khan Sherpao and PML-N leader Rehmat Salam Khattak said that they would not participate in the APC.

The JI said in a statement that after consultation with other opposition parties the party had decided not to take part in the proposed conference. Provincial president of ANP Afrasiab Khattak had invited the JI to the moot on Tuesday.The PTI has already announced to boycott the event. Mr Durrani said that the opposition parties would mobilise masses instead of attending the government-sponsored conferences.He said that the government was wasting funds on petty development schemes instead of launching mega projects in the province.

He said that instead of taking care of welfare of masses the government had launched development schemes in hurry for the sake of earning commissions. He said that people in southern districts were facing the worst situation due to power crisis and there was acute shortage of drinking water in districts like Lakki Marwat, Karak and Tank.“The government is organising APC when lot of water has passed under the bridge,” Mr Durrani said, adding that opposition in the assembly had decided not to attend the conference. He said that the ANP was taking solo flight and did not take its coalition partner (PPP) on board. He said that timing of the APC was not perfect and opposition parties could not support the ANP at this moment.

Being opposition leader, Mr Durrani said, he had cautioned the government on the floor of the house about brewing electricity crisis in Khyber Pakhtunkhwa. He said that during last four years the provincial government had started work on a single hydel generation project that would produce 200MW electricity.The JUI-F leader said that the opposition parties would constitute a joint committee comprising all mainstream political parties to organise press conferences and protest meetings at the district level.PPP-S parliamentary leader Sikandar Sherpao said that the ANP was looking for excuses to quit the coalition government.

He said that Khyber Pakhtunkhwa was generating electricity more than its consumption and despite that the consumers were facing over 18 hours daily loadshedding. He said that the ANP had failed to safeguard provincial rights. He said that the government had also failed to recover outstanding dues on account of net hydel profit.Rehmat Salam Khattak said that Wapda had the capacity to generate 22,000MW electricity, but the federal government was not serious to resolve the crisis. He said that the centre could overcome power crisis within 24 hours if it cleared the circular debt.

In a related development, Pakhtunkhwa Milli Awami Party has accepted the ANP’s invitation to participate in the APC.The assurance to attend the conference at the Chief Minister’s House to adopt a joint approach towards resolving loadshedding crisis was given to the ANP’s delegation, led by its provincial president Senator Afrasiab Khattak on Wednesday.A press release said that the PMAP would support the government’s efforts to overcome energy crisis.It appreciated the PMAP provincial president Mukhtiar Khan Yousafzai’s cooperation to help the government in time of need.The statement said that refusal of some political parties to attend the conference didn’t mean that the proposed conference had failed. – Dawn