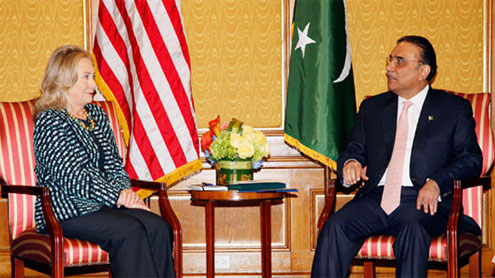 The meeting being held on the sidelines of 67th session of General Assembly of the United Nation is part of interaction between the two countries.Whole range of bilateral issues, regional and international situation are being discussed in the meeting.Asfandyar Wali, Farooq Sattar, Mustafa Nawaz Khokhar, Ambassador Sherry Rehman and others are present in the meeting. – APP