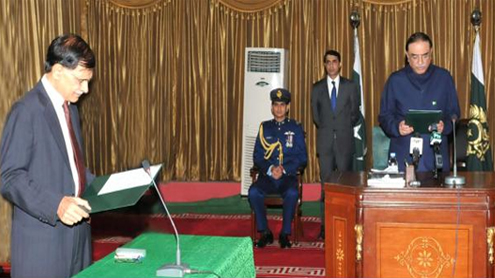 The Ministry of Law, Justice and Human Rights had recommended to the Prime Minister to appoint Abdul Rauf Chaudhry against the post being most suitable person.Accordingly acting upon the advice of the Prime Minister, the President had approved the appointment of Abdul Rauf Chaudhry as Federal Tax Ombudsman for a period of four years from the date on which he assumes charge of office of Federal Tax Ombudsman. – APP