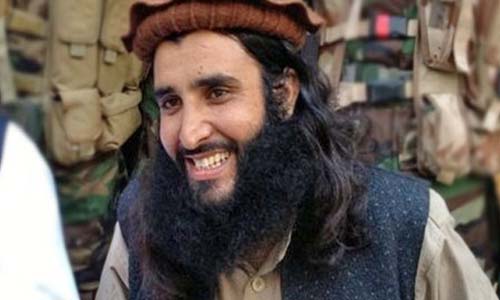 It is said Rasheed was hiding out at a house in Shakai, South Waziristan. Wanted Terrorist: Adnan Rasheed a former engineer of the Pakistan Air Force was sentenced to death in 2005 for his involvement in an attack on then President Pervez Musharraf in 2003. He was freed from Bannu prison along with hundreds of other inmates during the 2012 jailbreak. It was later confirmed that the assault on the prison was carried out to free Adnan Rasheed.

Following his escape from Bannu prison a local news outlet released a mobile phone video showing Adnan Rasheed in the tribal areas. In 2012 the interior ministry named Adnan Rasheed as the possible mastermind behind the attack on the Kamra air base. In the summer of 2013 Rasheed masterminded the Dera Ismail Khan jail break in which 230 prisoners including 35 high profile militants escaped. He was heading a TTP group by the name of Ansar Al-Aseer and released a video in which he threatened to kill Pervez Musharraf.

He also wrote an open letter to Malala Yousufzai and expressed his shock that she was attacked and his wishes that it shouldn’t have happened. He did add that she was shot not for her stand regarding education-for-all, but for propaganda that he claimed she was spreading. While it is was rumored in January 2014 that Adnan Rasheed had been killed in military strikes in North Waziristan he was later named as the possible mastermind for the attack on Pakistan’s largest airport in Karachi in June this year by TheNews