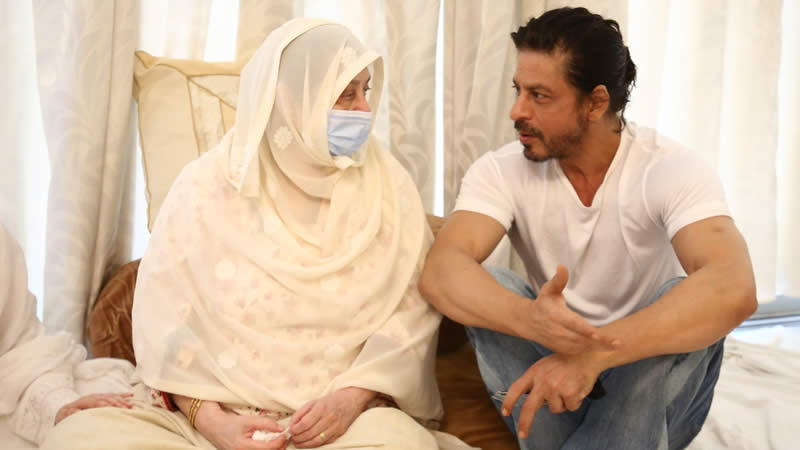 Bollywood celebrities, including Vidya Balan and Anil Kapoor, arrived at Dilip and Saira’s residence in Mumbai on Wednesday. Photos showing Shah Rukh consoling a grieving Saira from the funeral have gone viral.

Shah Rukh has always been open about how close he was to Dilip, who thought of him as his son.

“My relationship with Dilip sahab goes beyond films. Dilip sahab and Sairaji have always thought of me as their son,” Shah Rukh once said in an interview with Filmfare.

Shah Rukh’s fondness with Dilip goes back to the Tragedy King’s days in Peshawar. As Shah Rukh is from Peshawar himself, his father knew Dilip Kumar and the family often visited his residence.

Shah Rukh has expressed his affection for the late actor on several occasions. Among the many throwback videos doing the rounds, one shows Shah Rukh rolling out a red carpet for Dilip and Saira at an award function as the couple walks out on the stage.

Shah Rukh even admitted once that he felt like an “idiot” playing Devdas in the period drama that starred Dilip in its 1955 version.

Dilip Kumar passed away on July 8 in Mumbai. He was laid to rest with full state honours.