Punjab yet to Respond to Sindh Request for Transfer of Trials 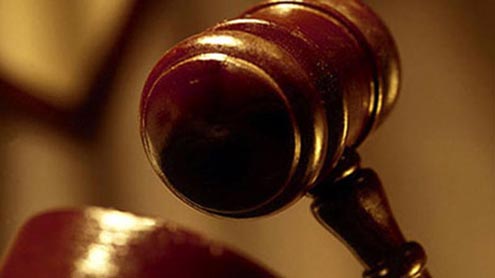 Authorities in Punjab are pondering over a request from the Sindh government for transfer of some trials of serial target killers to their province. According to sources, the request was made to the interior ministry which recently forwarded it to the Punjab government, mentioning seven cases registered under the Anti-terrorism Act. The Sindh government sought transfer of the cases under the Protection of Pakistan Ordinance. The law provides for trial of cases registered under it in another province under conditions involving threats to judges, prosecutors or witnesses in their home districts or provinces.

In their request the Sindh police said the trial of the accused involved in targeted killings by anti-terrorism courts in their province might lead to threats being issued to the witnesses. The Sindh government specifically desired trial of one case in Punjab, saying the others could be held in any province. The sources said a final opinion from Punjab was yet to be sent to the interior ministry. However, cases can be transferred to other provinces only if they are registered under the ordinance and tried by special courts also set up under it. Punjab has offered to the federal government to set up such courts in Lahore, Rawalpindi and Multan but no further progress has been made.

Cases registered under the ordinance in one province and sent to another for trial will be investigated in the latter by a joint investigation team to be constituted locally and pursued by a prosecutor working in the host province and appointed under the new law. Cases under the ATA can also be transferred to other provinces by the federal government but can only be tried by an anti-terrorism court. In this case, the investigators and prosecutors belong to the province where the case is registered.