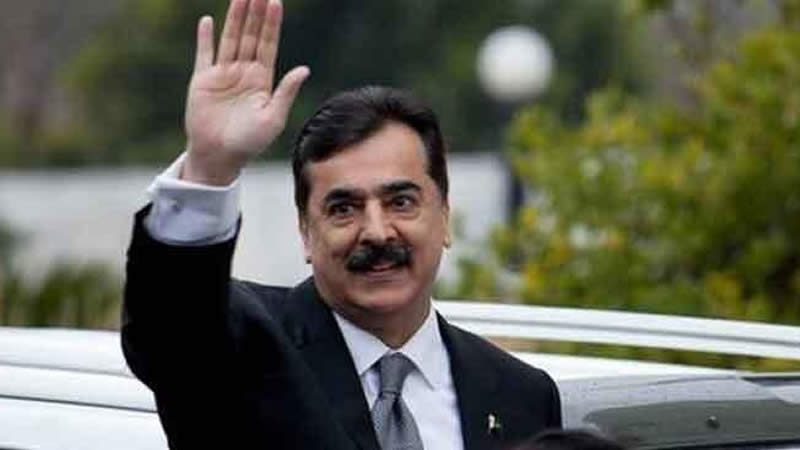 In a major upset in the Senate election, Yousaf Raza Gilani, the joint candidate of opposition parties, has been elected senator from Islamabad, by defeating Abdul Hafeez Sheikh of PTI.

Both candidates could be seen shaking hands after the announcement of the results. Supporters of Gillani shouted slogans in his favour in the National Assembly.

As per the unofficial results, Gillani got 169 votes whereas Shaikh could only get 164 votes. Seven votes were rejected by the ECP officials.

Polling for Senate election was completed in the National Assembly along with three provincial assemblies – Sindh, Balochistan and Khyber-Pakhtunkhwa.

Polling was delayed in the K-P Assembly due to late arrival of lawmakers. It has been completed with the final vote cast by Shahram Khan Tarakai from the PTI.

Apart from Jamaat-e-Islami all other political parties participated in the upper house of parliament’s elections which ended without any untoward incident.

Following are the unofficial results coming in from the National Assembly and three provinces:

PPP and MQM-P candidates Palwasha Khan and Khalida Ateeb from Sindh Assembly won the seats on reserved seats for women, according to unofficial results.

Results are awaiting from K-P.

Polling was due on 37 seats of the 104-member house. The National Assembly members voted for one general seat and one women’s seat from Islamabad. Voting was held for 11 seats of Sindh and 12 each of Khyber-Pakhtunkhwa and Balochistan.

However, In Punjab, there were 11 seats but thanks to the efforts of the Pakistan Muslim League-Quaid-e-Azam (PML-Q) leadership all the senators have been elected unopposed. Therefore, there will be no polling was held in Punjab.

Overall, 48 senators will be elected this year.

“The purpose we came here for has been fulfilled,” he said speaking to the media outside the parliament.

Talking about the viral of video of his son teaching PTI parliamentarians how to waste their votes, the former premier said that the video would have carried weight if PPP’s MNA was visible in them.

“The video is planted. If it wasn’t then the other MNA would also be visible,” he said.

“The opponent of Abdul Hafeez Sheikh’s is the necklace thief of Turkey’s first lady,” Saeed claimed.

“This man was shown for a week as a great democrat,” he said adding that vote trading video had exposed the anti-government alliance Pakistan Democratic Movement (PDM).

Khursheed Shah, however, was hopeful that Yousuf Raza Gilani would win the polls.

Speaking to the media after casting his vote, Shah said that public issues were taken up by the Parliament in PTI’s tenure.

“Parliament is the body of law interpreters,” he said. “The role of NAB was the most important in the past two-and-a-half-years PTI has been in rule. The government’s focus is less on issues and more on the opposition.”

“PTI has done nothing but proved its incompetence to govern,” she said.