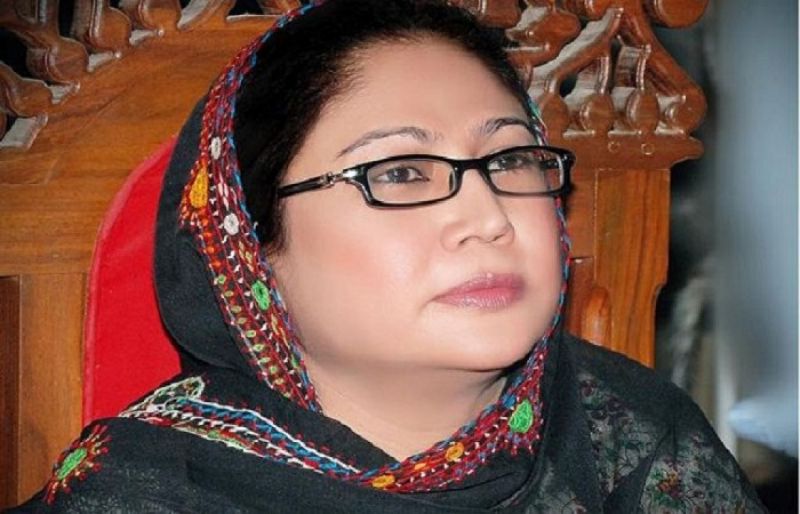 According to details, a six-member NAB team reached the federal capital’s Zardari House and took into custody Ms Faryal Talpur. The lady will be presented in the court tomorrow.

A notification issued by the anti-graft authority states that Faryal Talpur’s own residence will be declared sub-jail where her medical examination will be conducted before being presented in the court.

The anti-graft watchdog had issued arrest warrants of the PPP leader and sister of former president Asif Ali Zardari late night on Thursday, days after her brother and PPP co-chairman was arrested in the fake accounts case.

Asif Ali Zardari was arrested on June 11 soon after his and Faryal’s pre-arrest bail plea was rejected by an Islamabad High Court bench hearing the fake accounts case. Faryal Talpur, however, was not arrested on June 11 as her warrants had not been issued.

The Federal Investigation Agency is investigating 32 people in relation to money laundering from fictitious accounts, including Zardari and Talpur.

Zardari’s close aide Hussain Lawai was arrested in July last year in connection with the probe. While his other confidant and Omni Group chairman Anwar Majeed and his son, Abdul Ghani, were arrested by FIA in August 2018.

Over 20 ‘benami’ accounts at some private banks were opened in 2013, 2014 and 2015 from where transactions worth billions of rupees were made, according to sources.

The amount, according to FIA sources, is said to be black money gathered from various kickbacks, commissions and bribes.