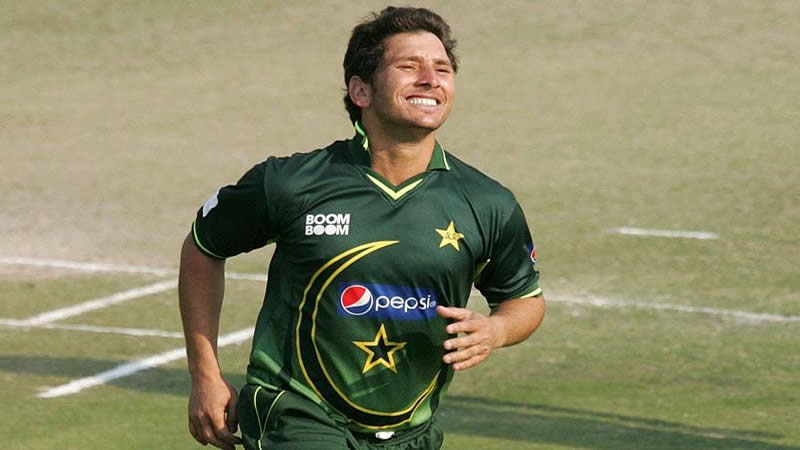 Pakistan’s leg-spinner Yasir Shah was on Sunday provisionally suspended for failing a dope test by the International Cricket Council (ICC).

“Shah has been charged with an anti-doping rule violation on a sample he provided in an in-competition test,” an ICC statement announced.

“The test, conducted on 13 November 2015, was found to contain the presence of chlortalidone, a Prohibited Substance which appears in Section 5 of the World Anti-Doping Agency list (in the category of Specified Substances).” “In accordance with the ICC Anti-Doping Code, pending the outcome of the disciplinary process, Yasir has been provisionally suspended,” said the ICC. The 29-year-old has emerged as a match-winner for Pakistan since ace spinner Saeed Ajmal’s action was reported and subsequently lost his wicket-taking ability with a remodelled action. Shah took 12 wickets in Pakistan’s 2-0 win against Australia last year before playing a key role in this year’s 2-1 Test series win in Sri Lanka with 24 wickets. A day before he was tested (November 12) Shah had fallen down while bowling in the nets in his follow through and had to miss the first Test against England in Abu Dhabi with a back problem.

He returned for the second and third Tests, taking 15 wickets to help Pakistan beat England 2-0 Shah has so far taken 76 wickets in 12 Tests and became the fastest to complete 50 wickets in nine Tests — a record for Pakistan. He has also played 15 one-day internationals and two Twenty20s after making his debut in 2011. The latest doping issue came after Sri Lankan wicketkeeper batsman Kusal Prera tested positive for a banned substance earlier this month. Prera faces a lengthy ban from international cricket with his B sample understood to have also tested positive. Perera had to be withdrawn from Sri Lanka’s tour to New Zealand after the news came. His test was conducted in October. Pakistan has a history of doping related offences as in 2006 pace duo of Shoaib Akhtar and Mohammad Asif tested positive for banned substances and had to be pulled out of that year’s Champions Trophy in India. But both were cleared on the basis that tests were conducted internally and not by the ICC. – AFP