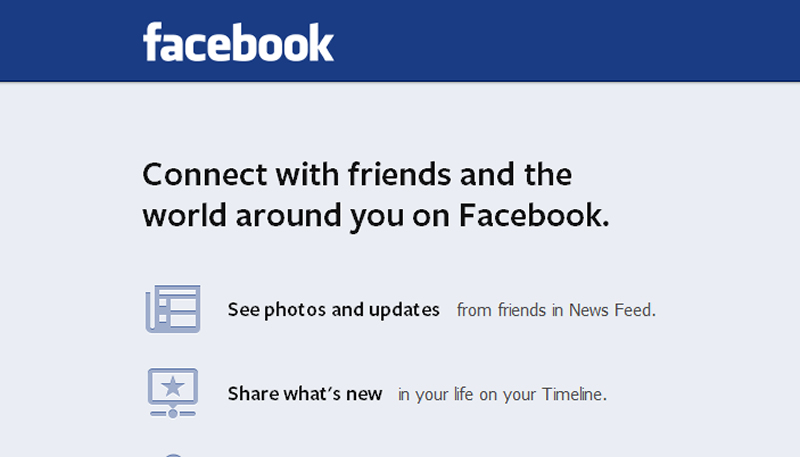 Social media networks like Facebook are not putting users in an ideological information bubble, despite fears to the contrary, a new research report said Thursday.

The study published in the journal Science, based on an analysis of 10 million Facebook users and seven million web links, found many of the shared stories allowed people to get viewpoints different from their own. The findings appeared to minimize concerns in some quarters that social networks are leading to political polarization by grouping people along ideological lines and not exposing them to opposing views. The research, which was led by data scientists from Facebook and the University of Michigan, contained numerous caveats about identifying the ideological bent of users and political leanings inherent in news stories, but nonetheless suggested that fears of a Facebook information bubble were overblown. Facebook has been under special scrutiny because it uses algorithms that aim to deliver relevant stories to each user based on their interests. In a statement, Facebook said the study highlights that its users are getting a variety of viewpoints. “We found that most people have friends who claim an opposing political ideology, and that the content in people’s News Feeds reflect those diverse views,” the social network said. “News Feed surfaces content that is slightly more aligned with an individual’s own ideology, however the friends you choose and the content you click on are more important factors than News Feed ranking in terms of how much content you encounter that cuts across ideological line.”

In the study, the researchers said the algorithms did not appear to be the most significant factor in filtering the news from an ideological perspective, and that “individual choice” played a larger role in limiting exposure to different viewpoints. The study found that Facebook users were exposed to so-called “cross-cutting content” — that liberals got information with a conservative tilt, and vice-versa. “How much cross-cutting content individuals encounter depends on who their friends are and what information those friends share,” the authors wrote. “If individuals acquired information from random others, approximately 45 percent of the hard content liberals would be exposed to would be cross cutting, compared to 40 percent for conservatives,” the study said. “Despite the slightly higher volume of conservatively aligned articles shared, liberals tend to be connected to fewer friends who share information from the other side.”

10 Most Amazing Exercises to Get Perfect Butt

10 Most Amazing Exercises to Get Perfect Butt