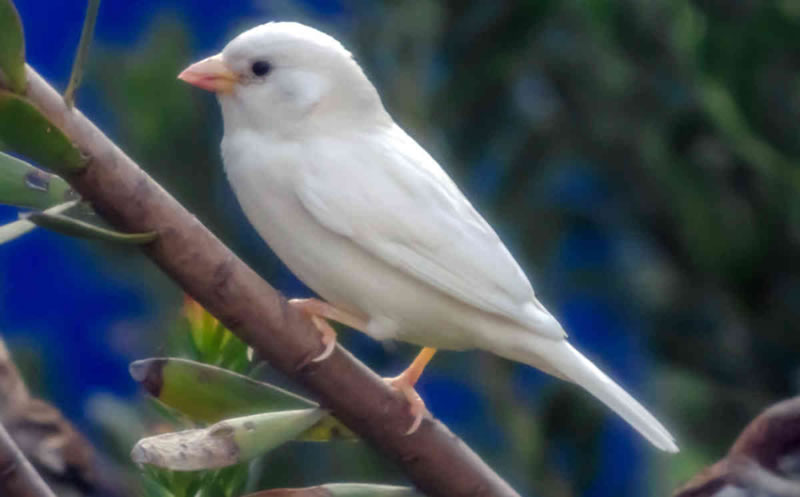 A rare pure white sparrow has been spotted in Australia, leaving ornithologists all aflutter Monday.

The albino was photographed at Sanctuary Lakes near Melbourne, but it is not expected to survive long with its snowy white plumage making it stand out to birds of prey. Bob Winters, a bird watching expert and environmental educator, photographed the animal after being alerted to its presence by a friend. But it wasn’t an easy task. “It’s a very nervous animal, understandably, so I had to try for quite a few days to get some photos,” he told AFP, adding that pure white sparrows had been seen globally only “once in a blue moon”. Australian media said there had been a handful of confirmed sightings of the bird across the world, including one reported in Britain in 2010. Winters judged that the bird was six or seven months old which in itself was an achievement, due to its lack of camouflage and disabilities that come with being a genetic mutation.

“This bird has got so many disadvantages. They usually get kicked out of the nest because they’re different and it has fragile feathers that make it quite difficult to fly,” he said. “Probably no-one wants to breed with it, and it’s easy pickings for a bird of prey.” Albinism is a recessive characteristic which only shows up when a bird inherits the albino gene from both parents. It affects all the pigments, with albino birds showing no colour whatsoever. They also have pale pink or reddish eyes, legs, feet and a pale bill. – AFP