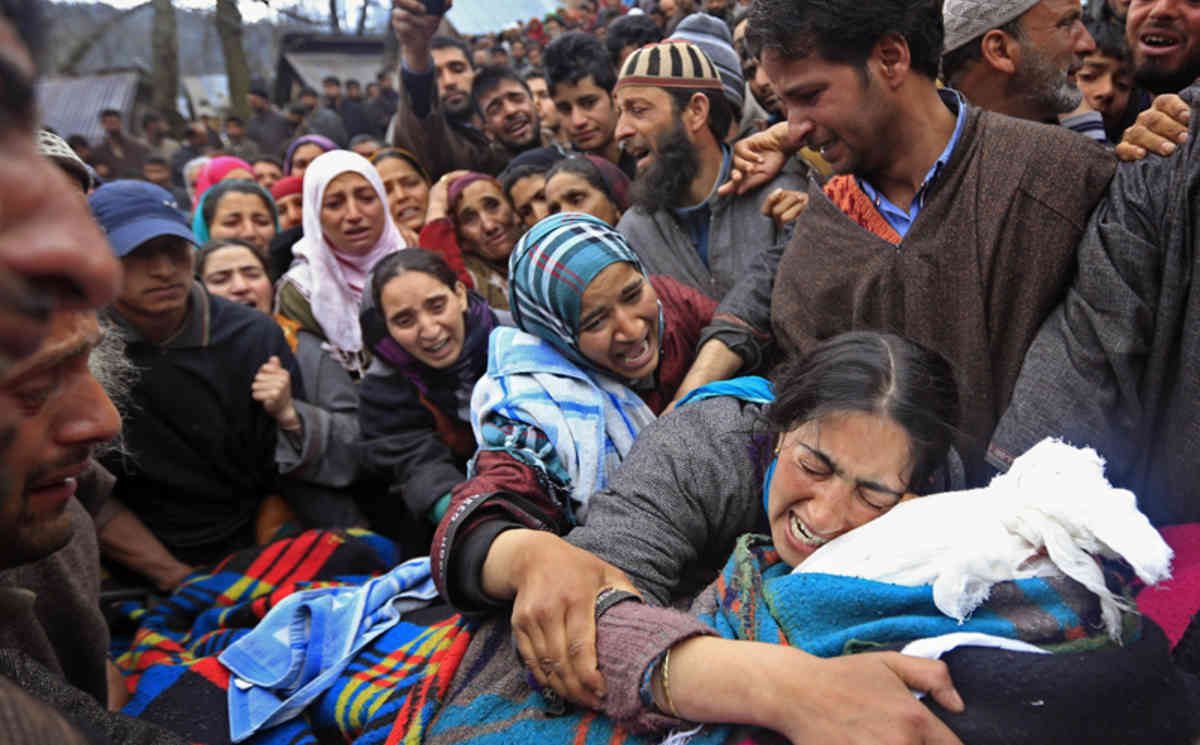 Two soldiers and three suspected rebels have died in a gun battle in restive Indian Kashmir, police say, soon after the killing of a poll official in India’s marathon general elections. Violence has spiked in the disputed Himalayan region since the start of the staggered parliamentary polls earlier this month as rebels have sought to discourage locals from turning out at the ballot box, police say.

The latest violence erupted on Friday when security forces laid siege to Manloo village, 55 kilometres south of Kashmir’s main city Srinagar, after militants opened fire on them. ‘All the three militants and two soldiers, including an officer, died in the operation,’ a senior police officer told AFP, asking not to be identified. Two of the suspected rebels died late Friday and the third was killed Saturday when another militant holed up in a house began shooting at government forces as they cleared debris to retrieve the bodies.

Voter turnout was just 28 per cent of the 1.3 million electorate in Anantnag after attacks on village leaders that police said was aimed at discouraging election participation. A dozen rebel groups have been fighting Indian forces since 1989 for independence or merger of the territory with Pakistan which controls a portion of the disputed Himalayan region. -skynews