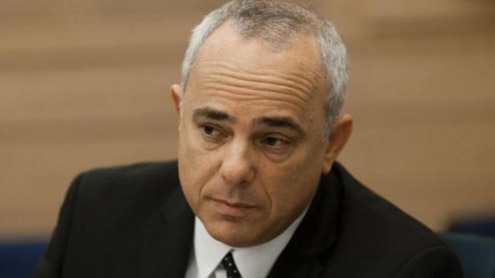 Israel’s Minister of Strategic Affairs Yuval Steinitz has expressed concern over the recent remarks by US Secretary of State John Kerry, warning Washington against surrendering to Iran’s growing nuclear capability.

“Kerry’s statements before the Senate on the matter of Iran and the current American objective were worrying, surprising, and unacceptable,” Yuval Steinitz said in a Monday interview with Israel Radio.

The minister, who is in charge of Israel’s nuclear affairs, pointed to Iran’s ongoing nuclear talks with the Sextet of world powers, saying, “We watch the negotiations with concern. We are not opposed to a diplomatic solution but we are against a solution which is entirely a surrender to Iran and which leaves it a threshold nuclear state.”

On April 8, John Kerry told a Senate briefing that the expansion of Iran’s nuclear capability does not necessarily constitute building atomic bombs. John Kerry claimed that Iran’s nuclear breakout capability is about two months away, saying that such a prospect did not mean Iran would have a warhead or other delivery system. “It’s just having one bomb’s worth, conceivably, of material, but without any necessary capacity to put it in anything, to deliver it, to have any mechanism to do so,” he pointed out.

This is while Iran and the six powers – the US, the UK, France, Germany, China, and Russia – wrapped up their latest round of high-level nuclear negotiations on Wednesday in Vienna. The two sides have agreed to resume their negotiations on May 13. Negotiators from both sides say a final nuclear agreement can be reached within three months. Iran and the six world powers sealed an interim deal in Geneva on November 24, 2013, to pave the way for the full resolution of the decade-old dispute with Iran over the country’s nuclear energy program. The deal came into force on January 20. -Presstv