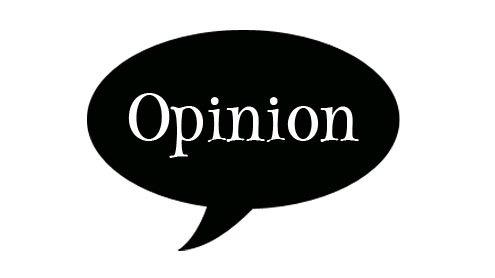 Focusing on others’ negative qualities brings out the worst in us
At one point or another, most of us have judged others’ righteousness based solely on our first impression of their appearance or action. Usually, when this happens, we tend to describe them by using one adjective, such as “liars”, “ill-mannered”, or just simply plain “evil”. Some fanatics would even go as far as deciding if people will go to heaven or hell based on their intolerant judgment.

Passing negative judgments narrow our perspective by making us look at people only through the wickedness we have seen in them. Even people who made a morally bad decision to the point that it is considered a crime are freed when they finish their sentence, or even before in some cases, based on the assumption that they have “goodness” in them, which hopefully will prevail over their bad side after being rehabilitated in prison and prepared to reintegrate in society.

Terence Copley, a religious education scholar, said, “all human beings are good and bad morally. In many, perhaps most human beings there are tendencies both toward goodness and toward badness though one often predominates over the other. Humankind, in so far as it has a collective identity, shares this dual tendency too.” Another point of view on this issue worth considering is by C.S. Lewis, a scholar and a theologian. He argues that people are not good or bad based on their actions, but rather by how they utilize their “raw material”, which consists of their upbringing and psychological makeup. This is why we shouldn’t judge people as “good” or “evil” because some information is always missing.

Extremists in many religious traditions as well as racists use judgments constantly in order to prove their superiority and justify their hostile attitude and sometimes even violent actions toward others. For extremist Muslims, prejudiced judgments combined with literal interpretation of Qur’an among other factors contributed to the emergence of terrorism. They do not only judge people’s “goodness”, but also appointed themselves to be judges of their faith; deciding who is Muslim and who is an infidel. According to them, anyone whose behavior and appearance do not conform to their strict definition of the “right path” is an infidel, including Muslims. When people are deemed to be infidels, human’s life loses its sanctity and they do not even deserve to live, which justifies any violent action against them.

In Sahih Bukhari, there is a Hadith in which the Prophet (peace be upon him) told a story about a prostitute whose sins were forgiven because she gave water to a thirsty dog. Most of the time, this story is told by Muslims to emphasize the importance of caring for animals in Islam, which is true of course. However, another indication of the Hadith could be that God with his knowledge, mercy, and wisdom does not judge us only on the outside, but He also sees what is in our hearts and judges us according to how we act when the circumstances allow us to show a genuine act of kindness and do what is considered morally “good.” In this situation, we do not know anything about this woman except that she is a “prostitute”, but in the eyes of God, she was a “good” person who deserved forgiveness for all her sins.

There is a famous story in Christianity about a group of men who brought an adulteress to Jesus to be punished and his answer was, “He that is among you without sin, let him cast the first stone at her.” This is not to condone morally bad behavior, but rather to encourage forgiveness and understanding while realizing that we are all “sinners.” Instead of judging others, we should focus our efforts on improving ourselves and cultivating compassion toward others even to those who do not seem to deserve it.

We often forget that people’s personalities and moralities are multifaceted and depend on various factors, which include their education, upbringing, financial and emotional condition. This means that each person has many adjectives, which include both “good” and “bad” that sometimes even vary according to the situation. In a way, focusing on others’ negative qualities brings out the worst in us by withholding our empathy and suppressing our kindness and understanding toward them. Terrorists took it to a another level and have used judgments to validate their reprehensible attacks, forgetting that there is a God who will judge us one day, and as long as we are not perfect, we are unqualified to judge each other. – Arabnews