Balochistan govt to be restored before March 14 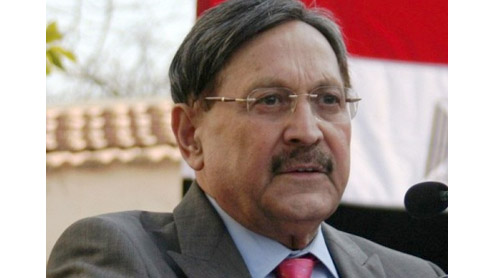 Balochistan govt to be restored before March 14

ISLAMABAD: Federal Law Minister Farooq H Naek said on Friday that governor rule in Balochistan would be lifted before March 14.

“The governor rule was imposed for two months and now it’s a legal and constitutional obligation to lift it in order to pave the way for a civilian caretaker setup,” Naek told reporters.On January 14, Prime Minister Raja Pervez Ashraf dismissed the provincial government and governor rule was imposed following the killings of over 100 people in bomb blasts targeting Hazara community in Quetta city.

The law minister denied consideration of any proposal to extend governor rule. An extension order from parliament was needed after two months but government had no intention of extending governor rule, he added.Naek said that establishing a caretaker government ahead of announcing national elections was a constitutional requirement and the government had to undertake negotiations with the opposition parties and the speaker of the National Assembly to make this happen.

Naek said no one has been nominated as a new Leader of the House in Balochistan assembly, adding that the house would itself elect a person for the office when the civilian government is restored.He said that all steps will be taken in accordance with the constitution.Talking to INP, Naek said Raja Pervaiz Ashraf will remain prime minister till consensus is reached on the name of caretaker PM. He said that federal cabinet will dissolve on March 16. – Nation