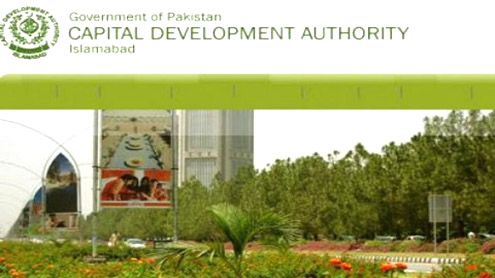 ISLAMABAD: One of the seasoned former bureaucrats, Ejaz Ahmad Qureshi, has been appointed as grievance commissioner to take up their complaints against civic body of CDA.

Utterly alarmed by the growing number of complaints against the Capital Development Authority, Acting Wafaqi Mohtasib Salman Farooqi on Sunday appointed former bureaucrat Qureshi as grievance commissioner.According to officials of Wafaqi Mohtasib, decision to appoint him as Grievance Commissioner for CDA, was taken following huge volume of complaints filed by the residents of Islamabad against CDA. The Grievance Commissioner would take up public complaints against Capital Development Authority (CDA) and issue directives to solve their problems on war footing.

It is pertinent to mention here that Wafaqi Mohtasib has been receiving huge volume of complaints against different departments of capital Development Authority. According to sources, Wafaqi Mohtasib was receiving hundreds of complaints against officials of CDA filed by the residents of Islamabad capital territory especially from those residing in metropolis of Islamabad.Acting Ombudsman, Salman Faruqui, using his powers, appoints former bureaucrat Ejaz Ahmed Qureshi as the Grievance Commissioner giving him task to ascertain the root causes of a large number of public complaints about corrupt practices and injustice on the part of CDA and recommend appropriate steps for their redress and eradication.

According to information gathered by this correspondent, Grievance Commissioner has been given responsibilities to evaluate the complaints regarding mal-administration in CDA and to identify the major areas causing grievances to the citizens. The Grievance Commissioner has been tasked to evaluate complaints and compile a comprehensive monthly progress reports to Federal Ombudsman with a final report within a period of six months henceforth. Ejaz Ahmad Qureshi joined civil service in 1972 and started his career as Assistant Commissioner and went on to serve as Deputy Commissioner; Provincial Secretary Home and Finance, and Additional Chief Secretary.

He has been serving as Chief Secretary KPK and Sindh provinces; Federal Secretary, Railways and Environment; Consul General/Trade Commissioner, High Commission of Pakistan, Canada.Before being appointed as Grievance Commissioner, he was working as Advisor in Federal Ombudsman’s Secretariat. His appointment as Grievance Commissioner has sent a shocking wave across the CDA secretariat where most of the officers know him personally. Keeping in view his past, many believe, an officer like him will give rapid relief to the residents of Islamabad capital territory. – Nation