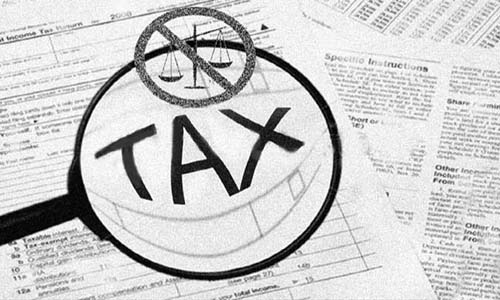 In what appears to be an unprecedented development in the country’s history, Prime Minister Nawaz Sharif awarded ‘privilege and honour cards’ to about 200 top taxpayers on Tuesday. The cards will entitle them to avail some special services. Finance Minister Ishaq Dar and Federal Board of Revenue Chairman Tariq Bajwa attended the ceremony.

An unprecedented development in the country’s history

The list of salaried individuals shows that three brothers are among the top 10 taxpayers. Tariq Nisar, who topped the list, paid Rs189 million as income tax, Sohail Nisar was 6th with income tax payment of Rs105.6m and Anjum Nisar got the 8th position with a payment of Rs80.9m. Five members of a family who have majority shares in Allied Bank and Ibrahim Fibre are also on the list. Three of them are among the top 10 taxpayers. They are Muhammad Naeem Mu­khtar at 2nd, Muhammad Waseem Mukhtar 3rd and Sheikh Mukhtar Ahmad 5th, Faisal Mukhtar 17th and Fawad Ahmad Mukhtar at 39th position.

Five members of the Mansha family are among the top 100 taxpayers. They are Hasan Mansha (4th), Umer Mansha (11th), Raza Mansha (28th) and Naz Mansha (59th). Ammil Raza Mansha was awarded for being 59th in the non-salaried category.  Three Lakhani family members are in the top 100 list. They are Iqbal Ali Lakhani (38th) and Amin Mohammad Lakhani (41st). And Ronaq Iqbal Ali Lakhani at 92nd is among top 100 non-salaried taxpayers. From the Hashwani group, only two persons are on the top taxpayers list, with Amin A Hashwani at 70th. Abdullah A. Hashwani stood 6th among the top 100 non-salaried individuals.

Four employees of Tapal Tea are among the top 100 taxpayers with Aftab Faizullah Tapal, Kumail Aftab Tapal at 68th, Mehvish A Tapal at 71st and Rashida Tapal at 47th. There are some prominent individuals like Arif Habib at 9th, Waqar A. Malik at 20th, Shuaib Anwer Malik at 18th and Muhammad Ali Tabba at 69th among the top taxpayers who worked in different positions or owned businesses. There is no current parliamentarian among the top taxpayers. However, a former caretaker finance minister Syed Baber Ali stood at 21st, former commerce minister Razak Dawood at 92nd and former minister for industries Jehangir Khan Tareen at 84th. In the category of non-salaried 100 top taxpayers, Irfan Usman stood first, Ali Jehangir Siddiqui 24th, Muhammad Aneeq Siddi­qui 30th, Shahid Majid 82nd and Jehangir Siddiqui 86th.

The government will reward the top 100 taxpayers every year. They will get excellence awards, access to VIP lounges at airports, fast-track clearance at immigration counters and issuance of gratis passports and their baggage allowance will be raised from $500 to $5,000. Speaking to the taxpayers, Prime Minister Nawaz Sharif said: “I am addressing people who have contributed to the exchequer and played a prominent role in revitalising the economy for the past one year. The ceremony has been convened to acknowledge your services for the nation.” He said the number of taxpayers had increased by 3 per cent, while the fiscal deficit had declined to 4pc. He mentioned the positive response of investors to Eurobonds, adding that it spoke volumes about the success of government’s economic policies. -dawn