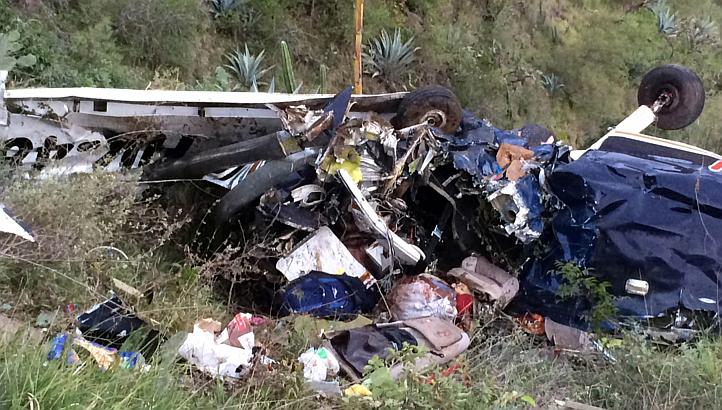 A small passenger plane crashed in northern Colombia on Wednesday, killing all six passengers and the pilot, who had warned air traffic control of a mechanical fault moments before, the website of the El Tiempo newspaper reported.

The Cessna aircraft operated by Alas, a small regional airline, disappeared while flying the Bucaramanga to Malaga route in Santander province, the newspaper’s website said, adding all seven bodies were found inside or near the plane. The pilot attempted to return to Bucaramanga, about 245 miles (395 km) northeast of Bogota, to land after informing air traffic controllers that he had observed a loss of oil pressure in the engine.

The plane crashed shortly after in an area of scrubland. No one at the Civil Aviation Authority who is authorized to confirm the reports could be reached on Thursday. –Reuters