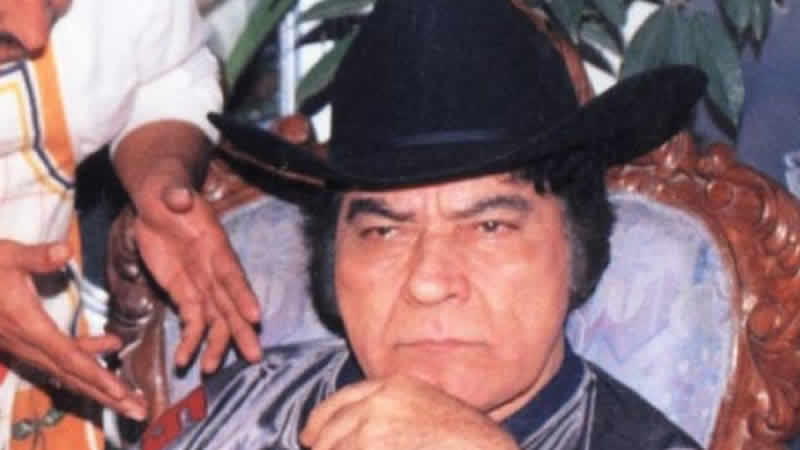 Saeed Khan Rangeela, one of the finest comedians of Pakistan film industry’s history, died on this day in 2005. His death anniversary is being observed today.

Rangeela was not only a superb comedian; he was also an intellectual who knew the art of film-making inside-out. He was an actor, director, producer, writer and singer at the same time.

Born on January 1, 1937, Mohammad Saeed Khan aka Rangeela moved to Lahore at a young age in order to find work. In the early days of his career in Lahore, Rangeela painted billboards of the movies. But fate had some other perks lined up for him. One day, when a comedian was absent from the set, Rangeela was called upon to play his part and that he did with ease, leaving everyone on the set wondering.

However, his career formally started at the age of 21 from a Punjabi feature film Jatti. Rangeela started to do comedy roles after this movie and soon became one of the most sought after comedians in the Lollywood. His funny faces, awkward gestures and hilarious dialogues made him a star. People started copying his style in public. 11 years after he made his debut in 1958, Rangeela decided to start directing movies. His first directorial was ‘Diya aur Toofaan’ that was released in 1969.

The song ‘Gaa Mere Manwa Gaata Ja Re’ is still fresh in the memories of the music-lovers. The song was sung by Rangeela himself and it featured in Diya aur Toofaan. 1969 movie Diya Aur Toofaan poster. It was Rangeela s first directorial. By now, Rangeela had not only proved himself a successful actor, director, producer and a singer but also a successful businessman since he had established his Rangeela Productions as well.

But his ever restless soul didn’t allow him to slow down. In 1970, Rangeela wrote the script of a movie and named it ‘Rangeela’. He produced this movie, directed it and played the lead role in the movie as well. It was a classic. He played the character of a boy who was made to believe by his mother that he was the most handsome man around ‘Sab Toon Sohniya’ but he was not even close to being handsome in fact. Movie was a blockbuster and Rangeela got the award for the best screen writer for this movie. He played the character so marvelously that the movie goers could not hold themselves from bursting into tears as a disillusioned Rangeela gets blinded.

In the movie ‘Parda Na Uthao’ (1974), Rangeela played a triple role and played all three roles with absolute command. After winning four awards in four consecutive years for best writer in 1970 (Rangeela), best comedian in 1971 (Dil aur Duniya), special award for playing three roles simultaneously in 1972 (Meri Zindagi Hai Naghma) and best comedian again in 1973 (Insaan aur Gadhaa), Rangeela wrote another movie in 1979 titled ‘Aurat Raaj’. Starring Rangeela, Waheed Murad, Sultan Rahi and Rani, Aurat raaj was a rare spectacle of feminism at that time, showing reversed roles of the women and men. It highlighted, in a humorous manner, how difficult it would have been for men if they had to perform the duties of women.

Aurat Raj poster. The movie was directed and written by Rangeela and starred Waheed Murad, Sultan Rahi, Rani and rangeela among others. He also tried his luck localizing Western concepts. in 1973, trying to remake the 1956 Anthony Quinn movie The Hunchback of Norte Dame , Rangeela made Kubra Ashiq but the movie couldn t impress the viewers. Rangeela directed the movie and played the title role. The movie is actually based on a 1831 French novel by Victor Hugo.

Rangeela again got four awards in 3 consecutive years from 1982 to 1984. This time he was best comedian for ‘Naukar tay Maalik’ (1982), best director and story-writer for ‘Sona Chandi’ (1983) and best comedian again for ‘Miss Colombo’ (1984). His last directorial was Khubsurat Sheitan in 1994 after which he decided to take a long leave from the industry. International Guerillas was a 1988 movie directed by Rangeela. It had a massive case including Mustafa Qureshi, Rangeela, Afzaal Ahmed and Ghulam Mohiyuddin.

Rangeela died on May 24, 2005, at the age of 68 and left hundreds of thousands of fans mourning after a lustrous career of more than 35 years in Pakistan film industry. Rangeela was an actor, director, producer, stroy-writer and a singer at the same time. In short, he was an era. Rangeela was married thrice and had 14 children, 6 boys and 8 girls. He was a known supporter of the, now ruling, Pakistan Muslim League – Nawaz (PML-N) and his daughter Farah Deeba also joined PML-N in 2004. In the last years of his life, when Chaudhry Pervez Elahi s government failed to provide for his medical care, Prime Minister Nawaz Sharif, then in exile, borne all the expenses of his treatment. He was treated at Sharif Medical Complex and died there.

Pakistan film industry may never, and must never, forget the services rendered by this son of Lollywood.