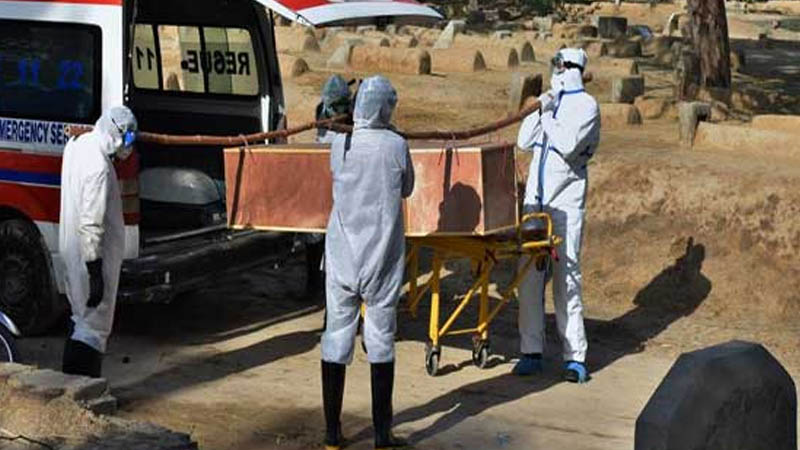 According to the National Command and Operation Centre (NCOC), the country’s death toll climbed to 16,600 after 147 people succumbed to the deadly disease during the last 24 hours. Most deaths occurred in Punjab followed by Khyber Pakhtunkhwa (K-P).

Meanwhile, 5,488 patients recovered from the deadly disease in a day taking total recoveries to 672,619.

According to NCOC, total active Covid-19 cases across the country were reported to be 83,162.

The NCOC further reported that the highest number of oxygen bed occupancy in the country was in Gujranwala at 85 per cent followed by Peshawar at 71 per cent, Nowshera at 68 per cent and Swat at 66 per cent.

The NCOC also reported that a total of 11,319,832 tests had been conducted since the outbreak of the virus. There are about 630 hospitals with Covid-19 facilities with more than 5,000 patients admitted across the country, it added.