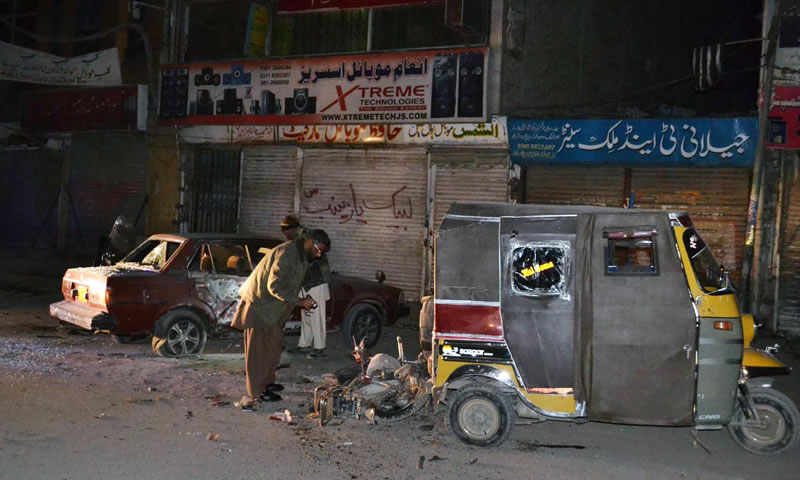 At least seven people, including the tribal elder Mir Gul Khan Marri, were killed in a roadside blast when their vehicle hit a landmine in Marwar area of Quetta district,

Levis sources said that the convoy of Gul Khan Marri accidentally hit a landmine in the suburb area of the provincial capital.

The vehicle was badly damaged due to the intensity of the blast, killing the tribal elder and his aides and guards. The bodies of the seven were taken to a hospital morgue. Security officials who arrived at the blast site confirmed that the explosion was due by a landmine blast. Levis sources further said that “three people were also injured in the blast who have been shifted to hospital”.

Police, Levies and Balochistan Constabulary officials reached the blast site and cordoned off the area as a probe into the incident went underway. The security in the city has also been beefed up following the incident. Baluchistan has long been the scene of a low-level insurgency by Baloch separatist groups. Rival tribal groups also often target each other’s men over lingering feuds.