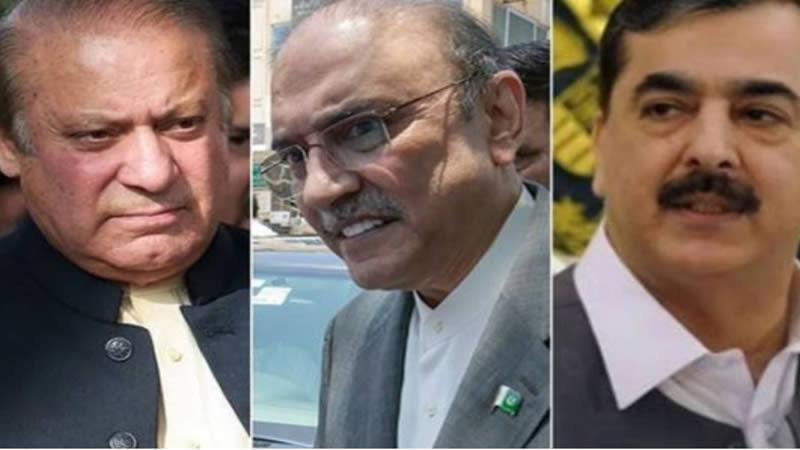 Former premier Sharif was declared a proclaimed offender by Judge Syed Asghar Ali after his case was separated from the other accused.

The court further sought details of Sharif’s movable and immovable properties, and asked them to be presented in court within seven days. The process of his arrest and subsequent presentation in court was also asked to be clarified.

Judge Asghar Ali further warned that the former premier’s properties will be frozen if he failed to appear before the court.

Objecting to the indictment, former prime minister Gilani came on to the rostrum himself to present his stance. He said he never did anything against the rules. “Only a summary that came according to the law was approved. Had the summary been wrong, it would not have been moved,” he maintained.

The accountability court judge responded that action will be taken as per the law. “We are not yet discussing the merits of the case, or how the summary came and was approved. You have to tell this to the court during the trial,” he added.

The former prime minister further argued that the National Accountability Bureau (NAB) made the reference without looking at the rules of business.

The court adjourned the hearing till September 24 after ordering NAB to present its witnesses – Waqar-ul-Hassan Shah, Zubair Siddiqui and Imran Zafar – at the hearing.

Trump is a Racist Mobster, says ex-lawyer in Book