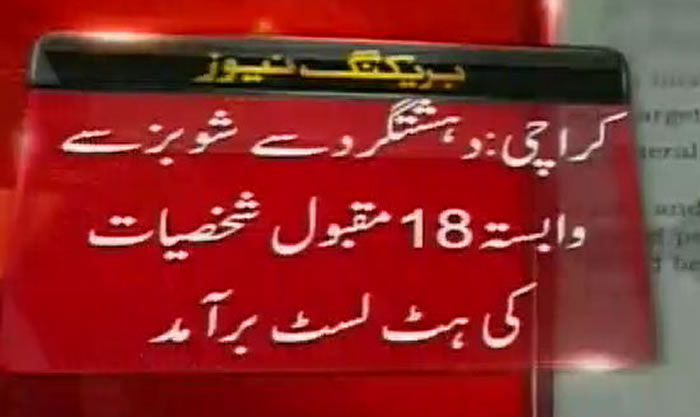 A plot to subject the high-profile showbiz personalities to sabotage activities has been uncovered, Media reported on Wednesday.

Personnel of law-enforcement agencies arrested an operative hailing from outlawed organization and recovered from him a hit-list containing the names of 18 popular showbiz personalities.

The hit-list recovered from the terrorist includes names of five fashion designers, five fashion models, an NGO worker, anchorpersons, vocalists and a makeup artist. According to the terrorist, the people on the list are springboard of liberal thinking and free civilization in the society.