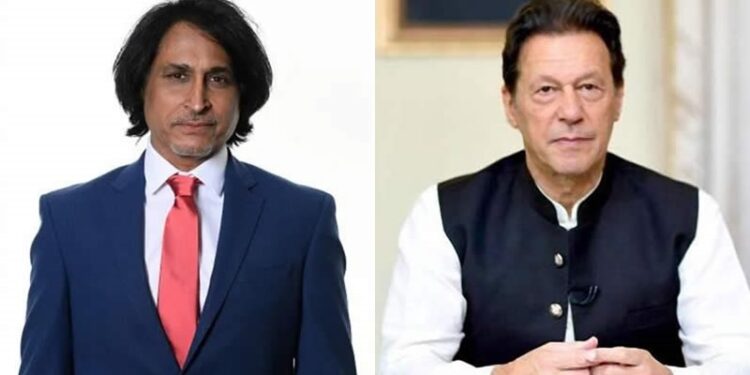 Speculations over Ramiz Raja’s appointment as the next chairman of the Pakistan Cricket Board grew stronger as the former batsman met Prime Minister Imran Khan on Monday.

The premier, who is also the patron of the PCB, met Raja after his meeting with current chairman Ehsan Mani, whose three-year tenure is nearing its end after he was appointed at the helm in 2018.

The PCB constitution allows the chairman an extension of as many years. However, Mani has expressed that he does not want to take that option despite PM Imran’s satisfaction over his performance and insistence to continue.

Mani presented a report regarding domestic cricket while also informing the PM that the PCB will complete its homework before submitting bids to host International Cricket Council events.

The PCB chairman, according to its constitution, is elected by the Board of Governors, two of which are nominated by the prime minister for the position.

With Mani and another board member Arif Saeed nearing the end of their tenure, PM Imran will have to nominate their replacements.

Historically, the patron’s nominees end up becoming the PCB chairman, and this time it seems that Raja, who won the 1992 World Cup under Imran’s captaincy, will continue the trend.